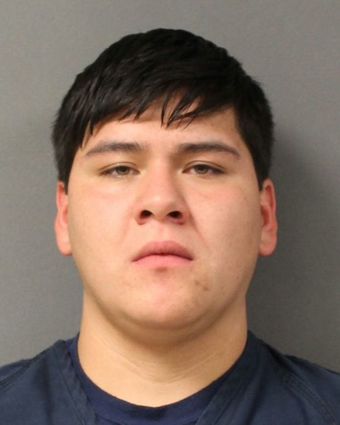 A Sawyer man was arrested following a stabbing in Cloquet this weekend.

According to the criminal complaint:

Cloquet police officers were called to Community Memorial Hospital Saturday, Aug. 31, where a man with multiple stab wounds to his lower stomach, back and arm was being treated.

The 21-year-old man claimed he was "jumped" and ultimately stabbed by LaPrairie in the Cloquet High School parking lot. The victim was only identified by his initials in the police complaint.

Another witness provided more details after the victim was transferred to Essentia Health in Duluth, telling police that he and the victim went to meet LaPrairie and another man in the high school parking lot to confront them about threats made by LaPrairie to the victim's children that morning.

According to the witness, after they arrived, a group of males in a truck began to surround them and were driving circles around them. Then, he alleged, LaPrairie got out of the truck and was fighting them. At one point, the witness said, the victim fell or tripped and LaPrairie allegedly stabbed him with a silver pocket knife.

According to the complaint, LaPrairie allegedly admitted to stabbing the victim and gave police several versions of what happened in the parking lot.

After watching video surveillance from the parking lot, police said they observed LaPrairie raise his fists first. The video also allegedly shows LaPrairie stabbing the victim even after he could have retreated.