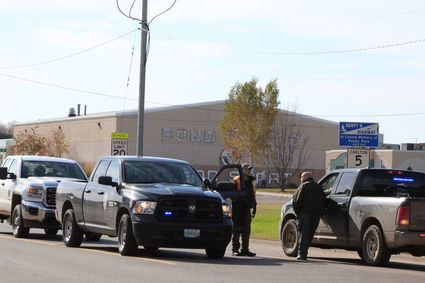 Fond du Lac police officers blocked off access to University Road and the Fond du Lac School, Head Start and Natural Resources buildings adjacent to the road for close to two hours Friday, after a shooting at a funeral injured one person in the Head Start gymnasium. The victim was treated and released from the hospital the same day and the shooter was taken into custody shortly after the incident.

The man allegedly responsible for the shooting Friday that shut down many of the buildings at the heart of the Fond du Lac Reservation was charged in Sixth District Carlton County Court Monday.

Shelby Gene Boswell, 28, of Hugo, Minnesota is accused of shooting and injuring another man, 45-year-old Broderick Boshay Robinson of Minneapolis, in the back of the head at a funeral Friday in the Head Start gymnasium. Boswell faces charges of both first- and second-degree assault, being a felon in possession of a firearm as well as second- and third-degree drug possession.