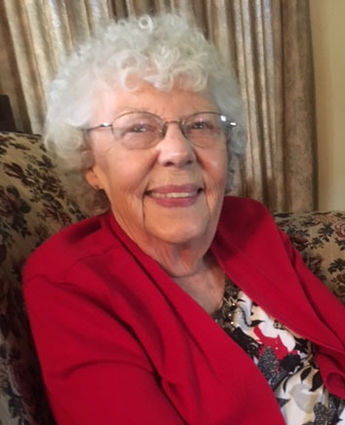 Janith was born Oct. 7, 1932, to Harry and Reva (Dunton) Carlson in Waite Park. She graduated from Annandale High School and continued her education at the Minneapolis Business School. Following her education, she was employed at Occident Elevator in Minneapolis. Janith married Donald Wadman on June 19, 1954, in Annandale, and two years later the couple moved to Cloquet. Jan was a good cook and baker; she always had some goodie available for snacking. She enjoyed knitting and crocheting, camping, fishing, and spending time with her family making memories.

Janith was preceded in death by her parents; husband, Donald, in 2015; and several brothers- and sisters-in-law.

Services were held Oct. 28 at Nelson Funeral Care, with an inurnment service at Maple Grove Cemetery. To leave an online condolence, visit the guest book at http://www.nelsonfuneralcare.net.