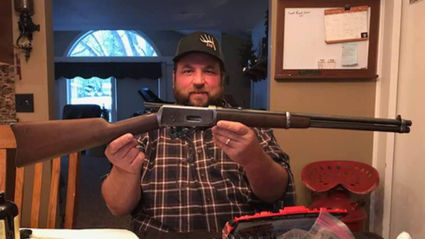 I spent most of the morning lost in thought. As always, I contemplated what direction a deer might appear and what I would have to do to make a good shot.

I was also enamored with the lever action on my lap. I tried to imagine it new. Great-great-grandpa as a young man picking it up at a local store - maybe one like Oleson's mercantile on Little House on the Prairie? Or picking it out of a Sears and Roebuck, excited for its arrival.

Did he hunt out of a stand? Did he make drives with his buddies? Was he a good shot? Did he take a deer the first time he used it?