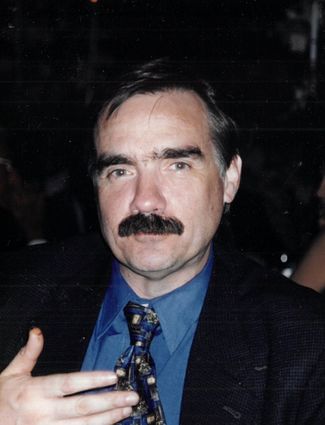 He was born Dec. 8, 1951 and raised in Cloquet, Minnesota by Roy Curtis and Jane B. (Fay) Wilson, who predeceased him, he is survived by the love of his life, Lisa Wilson, whom he married May 25, 1991, and their daughter, Zoë Rose Wilson, and her fiancé, John A. “Alex” Reinman.

A graduate of Cloquet High School, and the University of Minnesota with a bachelor of science degree in electrical engineering, where he played hockey, Curt worked for various engineering firms over the years, before starting his own consulting practice, Wilson & Wilson in 2001. Devoted to his clients, who spanned the country, he enjoyed every aspect of a profession he knew he wanted to pursue from the time he was a young teenager.

Athletic and outdoor endeavors and music were the soundtrack of his life. An avid outdoorsman, whether it was skiing or golfing with Zoë and friends, hunting, fishing, picking rocks or walking or hiking a new trail or town, Curt maintained his curiosity. A gifted athlete, he played hockey for the University of Minnesota, and joined baseball, softball and golf leagues. He loved everything about the sky, whether it was viewing it through a telescope, flying through it while piloting a plane or hang gliding by himself or with a student. An accomplished musician, Curt played the violin and guitar in orchestras, bands and at home.

In lieu of flowers, donations may be made to the Bardavon Opera House, the Community Foundations of the Hudson Valley or Mental Health America of Dutchess County, all based in Poughkeepsie.