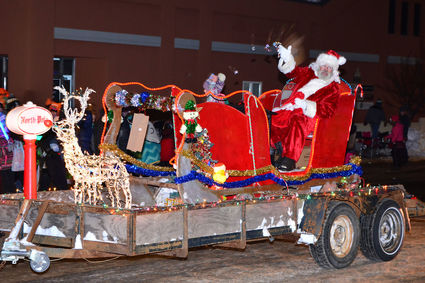 The Christmas spirit really kicked in around Cloquet last week during the Santa's Home for the Holidays events. It was all capped off by a parade Saturday night that Santa himself took part in.

In a celebration of all things winter and Christmas in this part of the world, Cloquet residents could find many ways to meet with Santa Claus last week, eat, shop, decorate cookies, enjoy Christmas music, watch a good hockey game, and shop some more. 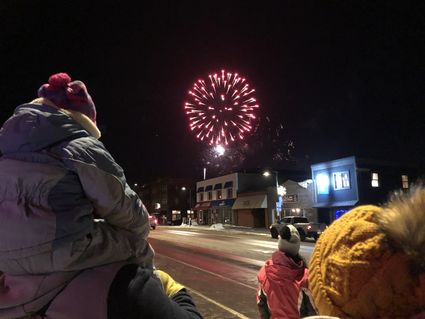 Frozen fireworks followed the Saturday parade along with more holiday goodies and entertainment plus an alumni hockey game.

Organizer Alyson Leno declared the annual Santa's Home for the Holidays a success, breathing a sigh of relief once the parade with all its lights wrapped up and the fireworks lit up the sky over downtown Cloquet Saturday night.

Winners of the parade were Halvor Lines for Best Lit Float, Cloquet Ford Chrysler for Most Festive Float and Shooting Stars Dance for Most Unique Float.

FIND MORE PHOTOS IN A PHOTO GALLERY ON THE PINEKNOTNEWS.COM HOME PAGE AND WATCH THE VIDEO OF THE PARADE FEATURED ON OUR FACEBOOK PAGE. Photos by Dan Saletel, Jana Peterson and Alyson Leno