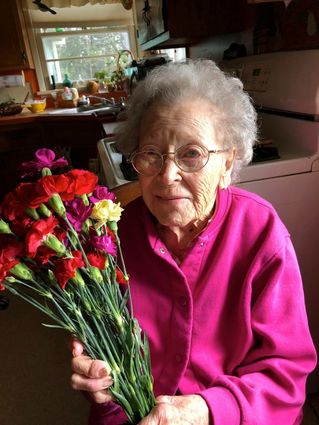 At age 106, she was an "old soul," but she was young at heart right up until the end. She renewed her driver's license at age 101, lived at home until 105, and drank champagne on her 106th birthday! She was well known for her kind spirit, her sense of humor and her Finnish determination.

Miriam was born Sept. 18, 1913 to Jacob and Sophia Jurvelin on a farmstead in rural Floodwood, the youngest daughter of 12 siblings. She graduated from high school in Deer River in 1932 and went to work there in the medical offices of Drs. Peterson and Miners.

Miriam married Floyd Colburn in 1941. Their first home was a log cabin in Bena, Minnesota, where Floyd worked with the Civilian Conservation Corps and the U.S. Forest Service. They later made their home in Grand Rapids for more than 65 years, where Floyd was the Itasca County Extension Forester and they raised their two daughters.

Miriam was the ultimate wife, mom and grandma, taking care of her family first but sharing her gifts with others as she volunteered as a Red Cross Gray Lady at the hospital, a deacon at the Community Presbyterian Church and a care assistant at Grand Village until she was almost 90. She was renowned for her cooking and baking – particularly her cherry pie and potato salad – and no trip to the hunting shack was complete without her homemade doughnuts and Hunters Stew!

She loved to go dancing, spending time outdoors with her family and eating out. But above all, Miriam was one of those people everyone remembered after they met her. She was gracious and thoughtful, and a whole lot of fun to be with.

Miriam was preceded in death by her husband, Floyd, and all of her siblings. 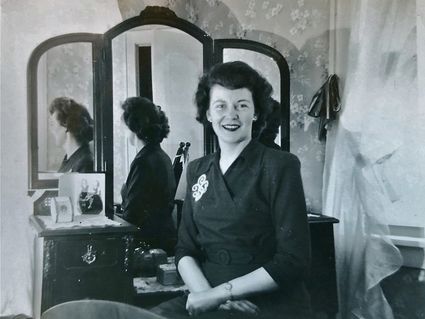 She is survived by her daughters, Barbara (Dennis) Patterson of Marcell and Wendy (Ken) Johnson of Duluth; grandson Jason (Sondra) Rockvam of Coeur d'Alene, Idaho and Lake Creek, Alaska; granddaughter, Allison (William) Carli of Douglas, Massachusetts; numerous "bonus" grandchildren and great-grandchildren; many nieces and nephews; and her cat, Cricket, whom she received as a 90th birthday present.

Special thanks go out to all the Guardian Angels who helped Miriam in so many ways and allowed their own lives to become so lovingly vested in hers. She was that kind of person.

A private family gathering is planned for next spring to scatter Miriam's ashes alongside Floyd's, in the forestland they held so dear. Memorials may be sent to a charity of the giver's choice.

Arrangements are being made through Andrews-Libbey Funeral Home of Grand Rapids. To plant a tree in Miriam's memory or share an online tribute, go to their website at: andrews-libbeyfh.com.