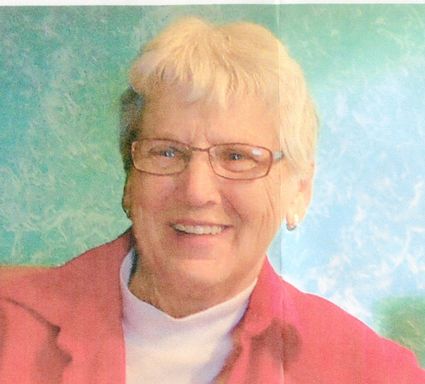 Pat was born May 24, 1937 in Duluth, Minnesota to Lloyd and Julia Lindquist. She graduated from Morgan Park High School in 1955. On July 16, 1955 Pat married Ronald “Bobo” Johnson in Duluth.

Pat worked for various places over the years, including the S&L department store, Burger’s Shoe Store, and in the kitchen for Cloquet Public Schools. She also served as an election judge. Pat was a longtime member of Our Savior’s Lutheran Church in Cloquet.

Pat enjoyed spending time with her family at their cabin on Murphy Lake in northern Minnesota. In accordance with Pat and Bobo’s request, they will be united again at the family cabin as their final resting place.

Pat was a kind and caring person who will be forever remembered as a loving mother, grandmother, great-grandmother and trusted friend to all.

Pat was preceded in death by her parents; husband, Ronald; and special friends Rose Larson of Esko and Barb Painter of Cloquet.

The Johnson family wishes to extend a sincere thank-you to the second-floor hospice staff of St. Luke’s Hospital for their loving and comforting care of Pat.

Visitation: 12 p.m. until the 1 p.m. memorial service Friday, Jan. 10 in Our Savior’s Lutheran Church, 615 12th St., Cloquet. A time of fellowship and refreshment will follow in the church social hall. To sign the guest book and offer an online tribute, see http://www.atkinsnorthlandfuneralhome.com.