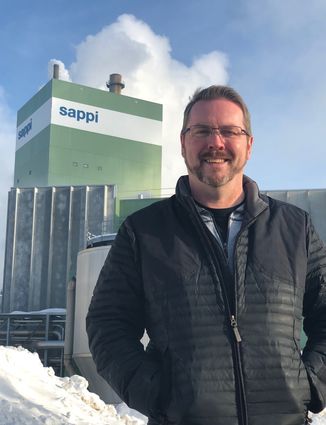 Tom Radovich, the new manager at Cloquet's Sappi paper mill, has been with the company since landing an internship in 1994.

Tom Radovich is the new managing director at the Cloquet Sappi mill.

The title is new, but the face is a familiar one, as Radovich has been interim mill manager for about three months and has worked at the Cloquet site since 1994, when he got an internship.

Radovich is excited to lead the local mill but acknowledged that the job comes with responsibilities.

"It's such an important business to the community, to so many people: not just the ones who work here, but secondary suppliers, truckers, companies that supply wood and all the raw materials we use. Secondary businesses like restaurants and other community businesses also rely on this site because it does pay very good wages. We're the largest manufacturing site here, and I think only the Fond du Lac casino has more employees.

"It's a lot of responsibility but at the same time you get the opportunity to lead and provide a different vision for the site."

Schultz said the decision to appoint Radovich was made with confidence.

"Tom's wealth of experience for the role, combined with his commitment toward the success of the mill, will ensure Sappi's continued progression as a leader in the industry," Schultz said.

In an interview with the Pine Knot News, Radovich said Sappi is doing well in a time when paper mills around the country are struggling. It's because the local mill has diversified into different wood products, he said.

"People associate this mill with a paper mill. We're actually a diversified forest products company," he said. "That helps sustain us through difficult markets because we offer more than just one product. We sell dissolving wood pulp, which is the raw material for different textiles and pharmaceutical products. We make graphic papers for high-end advertising and brochures. That's been a staple for many years. That coated-papers market has been declining for many years, but Sappi North America still has about 45 percent of that market, so we're still a big player. The last part of our business is a packaging product, called a litho-laminate. The product gets laminated on cardboard for point-of-advertising displays. When you walk into a Walmart, for example, and there's a box sitting there with different things in it. The laminate that's on that cardboard box is what we make."

Radovich has experience with pretty much every part of the company, having worked his way through the different parts of the mill since that initial internship - which came after a degree in paper science and engineering from the University of Minnesota. The Hibbing native started as a process engineer in the technical department before moving to production engineer on the paper machines for a couple years until he was promoted to operation superintendent of both paper machines until 2007.

That was the year he became part of Project Athena: the $170 million project that converted the pulp mill into a facility that could make both specialized cellulose, or DWP, as well as paper pulp when needed. He led the paper mill conversion project for the new dry fiber building and the PM4 former upgrade.

Radovich became technical manager for the paper mill in 2015, and paper mill manager in 2017. According to a press release from Sappi North America, his direct leadership there was "instrumental in achieving the mill's record efficiency performance."

Radovich said he grew into leadership at the Cloquet mill.

"You work in your career and this is what ends up happening," he said. "You start off as an engineer, and pretty soon you start managing the process and managing people. You keep moving on and see a bigger picture. I'm excited about that."

He said he didn't do it alone.

"You can't get to this position without help from a lot of people," Radovich said.

When asked what he likes about living in Carlton County, the first thing the new executive director talks about is the people at the mill. 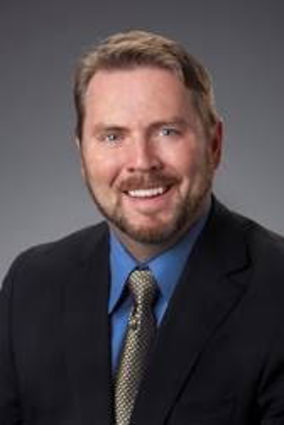 "I can't say enough about how nice it is to work at this facility and the people that work here," Radovich said. "I've been to other facilities and it's not the same. People are just so open and real here ... so friendly. They have a lot of integrity. People are very proud of what they do here and they recognize that it's a responsibility."

After that, he talked about hunting and fishing, coaching hockey, the change of seasons and all the other things that mark living in northern Minnesota.

He and his wife Julie have raised their three children - Matt, Allie and Lauren - here. They love living in Carlton County but also enjoy being only minutes away from Duluth, where he was born and has extended family. They go to University of Minnesota Duluth hockey games or a symphony performance.

And he talked about the company's commitment to employee safety and education, sustainability, and giving back.

"I look forward to strengthening these efforts further in the years to come in my new role," Radovich said.