They got drunk on air to prove a point 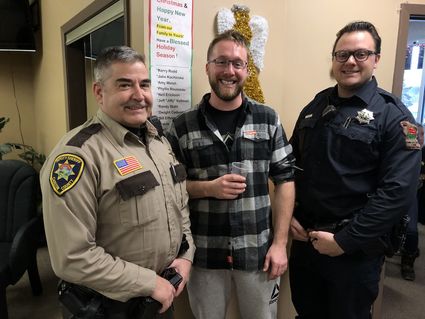 The scene at the WKLK radio station last Friday morning looked more like a bar at closing time than an early-morning radio show.

Partially emptied bottles of vodka, rum and beer sat on a table outside the studio, drunk by three now-intoxicated volunteers under the supervision of close to a dozen police officers and radio station staff.

Josh Widdes had been at the radio station since 5:45 a.m., drinking and taking tests every half-hour to determine how impaired he was. With his larger frame, Widdes seemed relatively sober three hours later. But Scott Boedigheimer insisted he was in better s...