Fire crews get a daily double 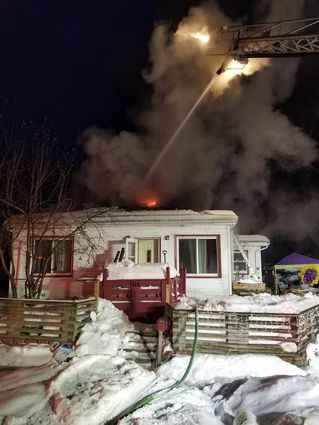 A house fire near Pinehurst Sunday started in the attic and caused extensive damage to the roof structure of the home.

After a mercifully long run with no major fire calls, the Cloquet Area Fire District responded to two calls on Sunday, Jan. 12.

CAFD Chief Kevin Schroeder said a house fire at 318 Avenue E started in the afternoon, then crews were called around midnight to the USG Interiors plant for a fire in a dust collection system that caused a lot of smoke, but no flames.

Schroeder said the house fire Sunday was in the attic, and caused extensive damage to the roof structure and attic of the home near Pinehurst Park.