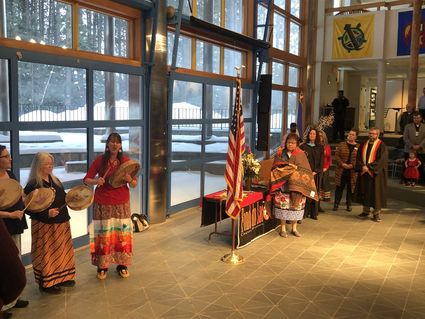 New Fond du Lac Tribal and Community College president Stephanie Hammitt was feted Tuesday as the new college president in front of many local and statewide dignitaries, as well as her own children and grandchildren.

New Fond du Lac Tribal and Community College president Stephanie Hammitt had her day in the spotlight as local and statewide dignitaries, college staff and students, friends and family filled the college amphitheater Tuesday to see her honored as the fourth and first woman president of the 33-year-old institution.

More than one person - including Minnesota Commissioner of Higher Education Dennis Olson and former FDLTCC president Larry Anderson - declared Hammitt the "perfect" person to lead the nation's only combined tribal and community college.

In a ceremony that paid homage to the colleg...