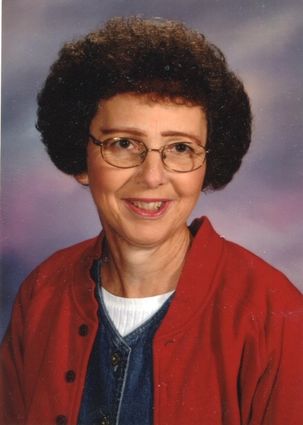 Jeanne was born to Edgar and Irene (Neby) Wanner in Cumberland, Wisconsin on December 1, 1943. She was baptized and confirmed her faith in Bethany Lutheran Church near Cumberland. She attended Cory Country School during her elementary years and graduated from Cumberland High School in 1962. Jeanne then attended Augsburg College where she met her husband, Dennis, in her second year. Jeanne graduated from Augsburg in 1967. Jeanne married Dennis Morreim on August 29, 1965. She taught elementary school in St. Anthony Park in St. Paul, while her husband attended Luther Seminary. She then taught in Rugby, North Dakota, Cook, Brookston, and AlBrook, in Minnesota. Jeanne earned a master’s degree from Southwest State University in 2002. Jeanne taught almost 30 years, mostly teaching first grade. She was an excellent teacher, earning the KBJR Golden Apple Award in 2004.

Jeanne helped extensively in the churches that her husband, Dennis, served as pastor. She was active in teaching Sunday School, youth choirs, organizing Vacation Bible School and being an advocate for Compassion International.

Jeanne loved children. She had a missionary heart and through Compassion she sponsored more than 50 children in Third World countries.

Jeanne retired from teaching in 2009. While her husband was still working, Jeanne decided to spend part of her winters in a warmer climate. Jeanne was a “gutsy” woman who chose to rent a place in the ViewPoint Golf Resort, Mesa, Arizona. She traveled there alone the first winter. She continued to go to ViewPoint for 10 years, with her husband joining her for part of the winter there.

Jeanne loved her winters in Arizona. She attended two book clubs and was very involved in a women’s prison ministry through a church she attended.

She began golfing shortly after moving to Cloquet. That became a lifetime sport for Jeanne. She played many rounds at Big Lake Golf Course in her early years living in Cloquet, then at ViewPoint in the winter and Black Bear Golf Course in the summers. She was the first woman to get a hole-in-one at Vermilion Fairways at Cook/Lake Vermilion.

Family meant everything to Jeanne. She loved her children and her grandchildren. The 4th of July was always celebrated with all the family at their island cabin on Lake Vermilion. She liked cabin living, but not quite as much as the place at ViewPoint in Mesa!

Jeanne was an excellent athlete, playing softball and basketball in school. In later years both she and her husband enjoyed watching the Minnesota Twins, the Vikings and Minnesota Gopher football. She attended spring training games in Mesa and Scottsdale, Arizona. This past fall, she also watched Wisconsin Badger football.

Jeanne died peacefully early last Sunday morning and joined her family in the next phase of life. She was preceded in death by her parents; grandparents; a nephew, Mark Wanner; a niece, Amy Arneson; sister-in-law and brother-in-law, Mavis and Harold Knudson; along with aunts, uncles and cousins.

She is survived by her husband of 54 years, Dennis; her children, Edward (Cynthia) Morreim and Sarah Morreim; her grandchildren, Mikalyn, Annamarie, Julia, Alastair and Audrey; her brothers, John (Jean) Wanner, George (Connie) Wanner, and Jim (Louise) Wanner; an aunt, Dona Neby; and many nephews and cousins.

The family also wants to thank the staff of Community Memorial Hospital, the Sunnyside Health Care Center and St. Croix Hospice for their dedication and compassion shown to Jeanne in her last weeks of life. Also they wish to thank the countless people who offered prayer during this time.

Visitation: 5-7 p.m. Friday, January 31, 2020 in the Atkins Northland Funeral Home, Cloquet. Visitation resumes 11 a.m. Saturday, February 1 until the 1 p.m. funeral service, all at Our Savior’s Lutheran Church, Cloquet. A meal will follow in the fellowship room. Burial will follow at Maple Grove Cemetery. In lieu of flowers, memorials are preferred to Compassion International or New Horizons Preschool at Our Savior’s Lutheran Church.

To sign the guest book and offer an online tribute, see http://www.atkinsnorthlandfuneralhome.com