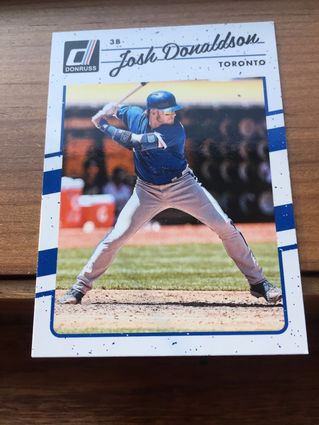 The Minnesota Twins Winter Caravan came to Duluth on Tuesday. This is the 60th season of the Caravan and this year's tour featured 1991 World Series pitching hero Jack Morris, Twins TV announcer Dick Bremer and exciting rookie infielder Luis Arraez. Always about a month before spring training, this event gets the baseball juices flowing in the Twin Ports area.

After this exciting story had broken, I went shopping in the cereal aisle at Super One Foods the next morning where I was hoping to find Twins expert and grocery store employee Dave Haapanen. I wanted to get his and other local reactions. Once I saw him, he knew exactly what I was going to ask, but I asked anyway: "So, Dave, what do you think?"

"This is a big day in Twins history," Dave said joyfully. With tongue in cheek, he went on. "I'm already trying to decide where I'm going to stand on the parade route on Hennepin Avenue celebrating the Twins championship. But seriously, this is probably the greatest Twins free agent signing in my lifetime. This guy is still relevant and is not a has-been."

When I watched the Major League Baseball network the evening of the Donaldson move, the baseball experts were already trying to decide what the Twins batting order will be in the 2020 season. For American League Manager of the Year Rocco Baldelli, it should be a good problem. Will Cruz still bat third? Will Kepler and Polanco still be at the top of the order? Will Sano adjust to first base? And how about rookie sensation Arraez, can he hit .334 in a full season? All great questions that Twins fans anticipate the answers to soon.

Donaldson hit 37 home runs for the Atlanta Braves in 2019. He also drove in nearly 100 runs for a Braves team that made the playoffs. But what also sets him apart is his defense at baseball's hot corner. He ranked third in the statistical category "runs saved" among all MLB third baseman. The Twins can use the defensive uptick.

In 2019, Minnesota broke the Major League record for home-runs hit by a team in a season with 307. But the dreaded Yankees were only one behind at 306 and they had two power hitters missing much of the season due to injuries. Adding Donaldson brings a big punch to the Twins already potent line-up.

"Of course, we could have gotten a highly sought starting pitcher like the Yankees did, but what the heck, we'll beat teams 13-11," Haapanen said.

The same day as the Donaldson story broke, Major League Baseball released notice that the Houston Astros manager and general manager were suspended from baseball for 2020 for "stealing signs," basically cheating. A.J. Hinch and Jeff Luhnow were then fired by the Astros. The next day the Boston Red Sox manager Alex Cora was let go and soon New York Mets manager Carlos Beltran, who was just hired in November, was fired as well. All were related to the report which said that the Astros, in 2017, the year they won the World Series, used a camera and monitor to gain an advantage and relay messages to the batter as to what type of pitch was coming. Players on the bench would reportedly bang on a garbage can once they stole the catchers sign to alert the batter if a fastball, curve, or change up was coming. Cora was a coach for the Astros and Beltran was a player on that 2017 championship team.

I think since Abner Doubleday invented the game of baseball, opposing teams have been trying to steal each other's signs. This group of players was actually caught after a previous warning against this technology-based practice from the ultimate authority, the Baseball Commissioner.

For about 30 years, I was a baseball and softball catcher. Back then, I used to get in my catcher crouch at home, in front of a full-length mirror, and practice giving signs so they would be visible to my imaginary pitcher but not too low so a third- or first-base opposing coach could see them and gain an advantage. This goes back to Little League and then high school and eventually softball. When I played - and all levels continue this practice today - if there was an opposing runner on second base, the catcher flashes multiple signs to his pitcher, to make stealing the sign and actual pitch more difficult.

So, does this really help and why would teams risk so much to gain this hitter over pitcher advantage?

Again, I'll give an example from my ball-playing past. When I played for the Rendezvous fastpitch softball team in the late 1980s, we played in the highly competitive Downtown Duluth league at Wheeler Field. Other teams included Stewart Taylor Printing, the Class A National Champion, and Rustic Bar, the defending Minnesota State Fastpitch Class A Champion. Admittedly, I was an average hitter at best.

The Rendezvous was playing against a team that featured Don Olson as their pitcher. Granted, he was likely in the twilight of his career, but Olson was still very good and ended up in the Minnesota Softball Hall of Fame. He was tremendous at fooling batters by changing pitch speeds and making the ball move up and down. Towards the end of the game, I came up to bat with a runner on second base. The base runner was our All Star pitcher Mick Mundell. Before Olson delivered the pitch, Mundell looked at the catcher's sign, then clenched his fingers into a small circle, letting me know that a knuckleball or change up was coming. I hit a homerun and we won 2-1. I can almost guarantee it wouldn't have happened without that help. From a batter's perspective, it definitely is an advantage to know what pitch is coming.

I put an asterisk by that homerun on my records and I trust that Major League Baseball will solve this issue.

It should be a great year for the Minnesota Twins, buckle up and hang on, and maybe I'll see you on Hennepin Avenue this fall.