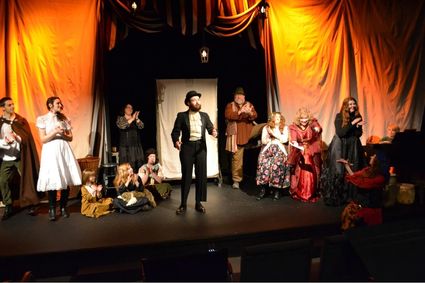 Thw master of ceremonies, Professor TJ Barker, and his troupe of traveling theatricals have just arrived at the theater to begin a performance of their spectacular production of "Snow White and the Seven Dwarfs" when they realize something is amiss. Not only has the orchestra not arrived, but also five of the hilarious O'Hanlon brothers have been stricken with food poisoning. Now only ... gasp ... two actors are left to play the dwarfs.