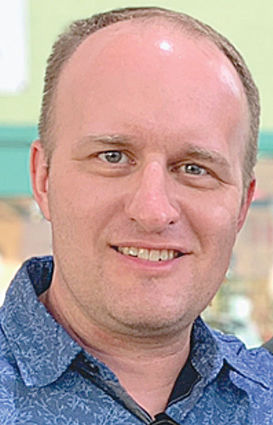 The special election for the Ward 3 Cloquet City Council seat is fast approaching.

The special election is being held to fill the seat vacated by Dakota Koski. Koski was elected to the Ward 3 seat in November 2018, took office in January 2019 and stepped down in July 2019 after purchasing and moving to a house outside of Ward 3. By statute, Councilors must live in the ward that they represent.

After an interview process that included four applicants, the council appointed Chris Swanson as interim Ward 3 Councilor until the city could hold an election for the seat.

Three candidates threw their hat in the ring for the seat, including Swanson, Uriah Wilkinson and Ray Schow.

Wilkinson and Swanson advanced following a November primary in which only 14 percent of eligible voters cast a ballot. Out of a possible 1,312 registered voters in Ward 3, Swanson received the most votes with 124. Wilkinson garnered 54 votes and Schow got seven.

Wilkinson is a 25-plus-year resident of Cloquet who has been a Realtor in the area for the last 15. He has served on the Cloquet Planning Commission and various other boards and city groups.

Swanson grew up here and has been teaching government and history at Cloquet High School since 2001. He has been involved in various volunteer and union positions.

Anyone living in Ward 3 who is eligible to vote may vote absentee in advance of the Feb. 11 election at the Carlton County Auditor's Office on the second floor of the courthouse at 301 Walnut Avenue to vote between 8 a.m. and 4 p.m. on weekdays. There will be additional hours for absentee voting from 10 a.m. to 3 p.m. Saturday, Feb. 8 and from 8 a.m. to 5 p.m. Monday, Feb. 10.

Look for candidate profiles in next week's Pine Knot News and/or read previous stories at http://www.pineknotnews.com.