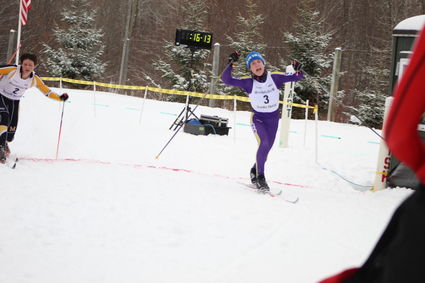 The Cloquet-Esko-Carlton boys Nordic ski team are Lake Superior Conference champions, after winning by a comfortable margin over second-place Proctor/Hermantown.

The Lumberjacks had five boys finish among the top 10 skiers Friday, with Benjamin Bauer (27:39.8) taking first place after edging out Marshall's Declan Hutchinson (27:39.9) by a ski tip at the finish line in the two-part pursuit race. (In a pursuit race, each skier completes a 5K skate race, and a 5K classic race.)

Not far behind were CEC's Josh Sanders in third place, Spencer Hoeffling in fourth, Cale Prosen in sixth and AJ Maijala in seventh place. Prosen and Maijala also raced to the final moment, with Prosen ultimately beating his teammate by one-tenth of a second, 29:53.7 to 29:53.8.

For the girls team, freshman Charlotte Ripp was the top CEC skier at the conference meet, held in conjunction with the East Invite at the Snowflake Nordic Ski Center in Duluth.

Ripp placed fourth in conference for the girls, followed by Harmony Tracy in 7th place, Halle Zuck in eighth, Megan Chopskie in 10th and Hannah Zuck in 13th, earning the Lumberjacks girls team second place in the conference, only seven points behind Marshall and 13 ahead of third place Proctor/Hermantown.

"I was pleasantly surprised the girls were second since Proctor/Hermantown has a talented group of ladies this year," CEC head coach Arne Maijala told the Pine Knot News.

On the other hand, Maijala was not surprised by the success from the boys, who also finished second to Ely (379 points) in the East Invitational meet by a margin of only six points. (The two events were held and scored simultaneously, but the East meet included teams outside of the Lake Superior Conference.)

"We knew we could win the conference if everyone was able to ski their race," said Maijala. "But I think the boys realize they are not as far from Ely as they originally thought. If our boys really show some gains with the skate race they may be able to give Ely a challenge."

To finish that close to Ely bodes well for the boys team, which has a very good shot at advancing as a team from next Thursday's section meet at Giants Ridge, as the top two teams will advance to the state meet the following week. While Cloquet has seen a number of skiers succeed at state individually, this would be the first time one of its teams has gone to state in recent years.

Maijala noted that the boys team is very deep, adding that the top five skiers are solid but noting there are a total of 12 boys skiers that he thinks could be in the mix for the nine members of the section team.

He also pointed to improvements on the girls team. 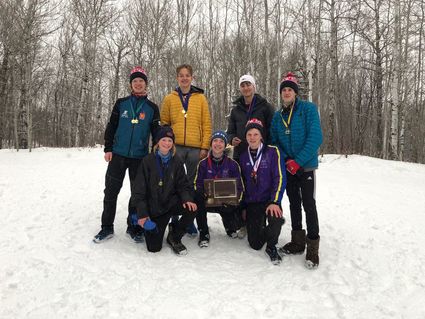 "It is so nice to see them ski more efficiently as they pick up key technique tips from our coaches," he said, also giving kudos to "incredible volunteer coaches" Ben Croft, Bob Fox and Chris Gustafson as well as assistants Tim Stark and Ann Gustafson.

Of course, the Nordic program is not just about creating great skiers, it's also about building a team and teaching kids a lifelong sport that they can enjoy during Minnesota's long winters.

Maijala said there are a number of seniors (other than top skiers Hoeffling and Hannah Zuck) on the team who aren't regularly among the top finishers but who have learned a lot this year.

"Ben Talarico from Carlton who also has shown huge improvements with only a couple of years of skiing experience," he said. "Ryan Conway, Ethan Gunderson, Jorden Hernandez, Evan McWilliams, Josh South, and Caleb Swanson are all great kids from Cloquet which will be missed. Brylee Kiminski and Hannah Lundborg will also be missed. Hannah Lundborg has also stepped up and improved a lot this year."

The CEC Nordic team is competing in Ely Saturday, followed by the Section 7 meet Thursday, Feb. 6 at Giant's Ridge in Biwabik, Minnesota.