Man charged with murder of woman, toddler and unborn child 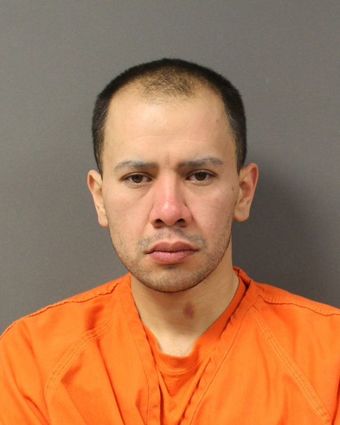 A Cloquet man was charged in Sixth District Carlton County Court this morning with murdering his girlfriend, Jackie DeFoe, her 20-month-old son, Kevin, and her unborn child.

The murders, announced Sunday morning by the Cloquet Police Department, rocked the communities of the Fond du Lac Indian Reservation and Cloquet, where the victims lived.

Details of the autopsy report released today indicated that DeFoe was stabbed multiple times and her son died from blunt force trauma.

Sixth District Judge Rebekka Stumme set bail for Thompson at $1 million Tuesday, with no 10-percent cash option, citing the seriousness of the charges and lengthy prison sentence if he is found guilty, and a pretrial release evaluation that shows he is a high-flight risk as well as past convictions. Thompson's criminal record includes convictions for second-degree assault with a dangerous weapon, along with third-degree and fifth-degree assault as well as domestic assault charges.

The criminal complaint tells the story of what happened from the moment law enforcement officials were alerted.

According to the complaint, Fond du Lac police officers responded to a call for service Saturday, March 7, around 1 p.m. from a reporting party who said they had spoken with Thompson the previous day, and that he was acting unusual. When asked what was the matter, Thompson allegedly told the caller that he had killed DeFoe, making a gesture that indicated strangulation. He also allegedly told the caller he had killed her son.

When Fond du Lac officers went to DeFoe’s residence on Locke Lane — about a block away from the police station — and knocked on the door, they did not get a response. They couldn’t see inside, but observed damage to the door. An FDL housing worker told them he had performed work at the residence on Friday, March 6, and the house was in disarray, which was unusual. He had not gone into the bedrooms, he told them, because the doors were shut.

After police received a search warrant to enter the home later Saturday, they found DeFoe deceased in a closet with stab wounds to her body and one across the front of her neck. They found her son’s body in another bedroom, with observable bruising around the head.

Attempts to locate Thompson, who had lived at the home intermittently, were initially unsuccessful. Police got a tip that he was in a vehicle with someone, but when they contacted the person, she said she had picked him up at a home in Cloquet and they’d driven around for a period of time before she dropped him off on the side of the road.

Then Thompson called 911 and indicated that he wanted to turn himself in, giving them an address. When police arrived, he wasn’t there. However, after deployment of a helicopter, he was located and taken into custody.

He was booked into the Carlton County jail at 8:43 p.m. Sunday, and a previous Cloquet Police Department press release said he was treated for temperature-related issues at a local hospital before being taken to the jail.

Thompson allegedly told numerous people that he had killed DeFoe and her child.

His next court appearance is set for Monday, March 16.

Editor's note: There will be more on this story in this week's Pine Knot News, which hits newsstands Thursday afternoon, March 12, and subscriber mailboxes on Friday.