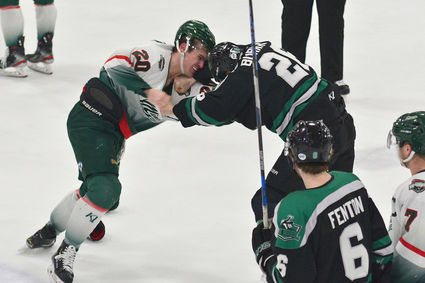 Both games went into overtime. 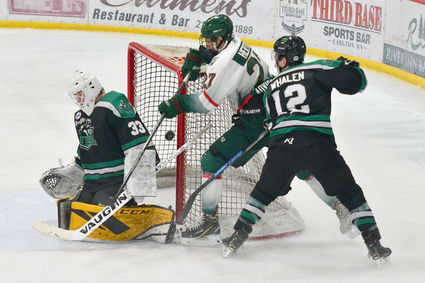 On Friday night, forward Lewis Crosby (of Edina) scored at 2:10 in overtime on an assist from Cloquet’s Christian Galatz to give the Wilderness a 7-6 win over the Steel in front of a large hometown crowd.

The game Saturday was an equally exciting affair.

Forward Aaron Myers (of Thief River Falls) scored just 16 seconds into overtime on an assist from defender Kimball Johnson to beat the Steel 5-4 Saturday. It was Myers second goal in what was a rowdy game with multiple fights. Also scoring for the Wilderness Saturday were Jacob Herter, Nate Horn and Tyler Watkins. Bram Scheerer and Johnson had two assists each.

The top four teams from each division move into the playoffs, and the Wilderness are currently fifth in the Central Division. They are only four points behind Minot, however, and six behind Austin, with eight games left in the regular season.