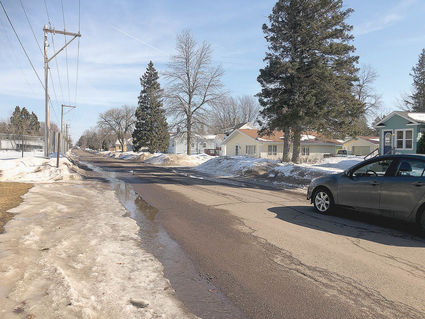 Adding a sidewalk to the narrow Prospect Avenue will likely cut into properties along the street.

Councilors nearly tabled a project that would repair some of the city's worst streets after a public hearing Thursday, March 5 revealed the biggest pothole in the project: attitudes about the planned addition of a sidewalk to Prospect Avenue between 14th and 22nd streets.

On one side were numerous residents, many who live in homes that came with small front yards that would likely get smaller. On the other side were people advocating for pedestrian safety: representatives from the Cloquet Area Fire District, the Safe Routes to School committee and the Cloquet School District, and more.