He helped a family, and likely himself 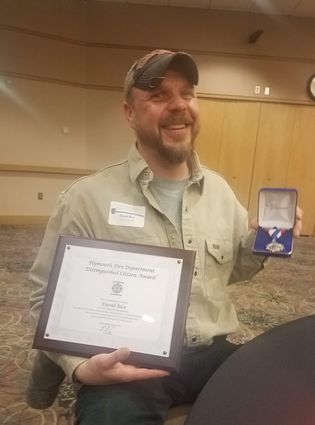 David Rice of Cloquet was recently honored for his role in saving a family of three after a pickup rolled into an interstate ditch last Christmas Eve.

It was Christmas Eve and traffic was expectedly heavy on the interstate just north of Minneapolis. David Rice was headed home to Cloquet from a temporary construction job. He wasn't exactly in the holiday spirit. He was going through a divorce and in limbo about his work.

The heaviness was there when a pickup suddenly passed him and then shot into his lane in front of him. The driver overcorrected and the truck left the road and did a barrel roll into the ditch off Interstate 494 in Plymouth.

So Rice pulled over to se...