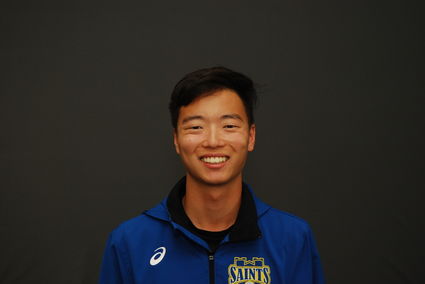 The 2020 Upper Midwest Athletic Conference Men's Indoor Track and Field Championship earlier this month was highlighted by four new meet records and a competitive finish that saw the University of Wisconsin Superior earn a fourth-straight team title by just a 4.5-point margin over the College of St. Scholastica.

The junior captured wins in three events and also collected a third-place finish in the mile to start his weekend.

Boedigheimer became the first CSS men's athlete to win three individual running titles at the championships in program history. Boedigheimer won the 5,000-meter run Friday, clocking a time of 15:48.01 that was over 50 seconds faster than the runner-up. Saturday afternoon Boedigheimer ran in the 800-meter run with no seed time and captured the win (2:00.83) despite running in a heat with just two other runners. He capped off the weekend taking the 3,000-meter title with a time of 9:01.78.

He also placed third in the mile run on Friday to finish with the second-most points among male competitors at this year's championships.