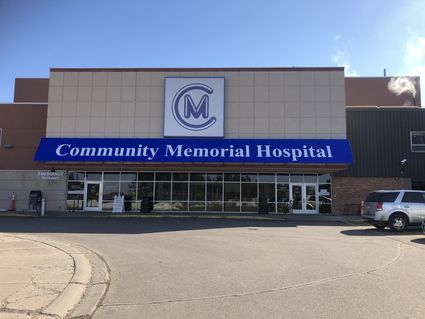 Watching the number of statewide COVID-19 cases climb from two to 77 in a 10-day period, northern Minnesota residents could take cold comfort in the fact that there were zero confirmed cases in the region earlier this week.

"As of this moment, there's still not a confirmed case in our seven-county region, or in any counties that touch those seven counties," Community Memorial Hospital CEO Rick Breuer said Tuesday morning, adding that the hospital had tested only one person so far, with negative results. "But that could change at any moment."

Carlton County should be prepared for that moment, health care and emergency services leaders stressed in interviews with the Pine Knot News.

Like the city of Cloquet and Carlton County, the fire district was locking down its building to visitors on Wednesday.

And, like the Cloquet Police Department, the fire district is changing its protocols, sending fewer people to emergency scenes than normal, to try to reduce exposure for staff and citizens.

"So far, most of our treatment protocols are similar to H1N1 a few years back," he said, referring to a new influenza A virus that emerged in 2009. "The difference here is the possibility for widespread disease movement through the public. There's no immunity. A couple years from now, when there's a vaccine available, this won't be any different from the flu (which, he noted, can also be deadly, but people can get vaccinated).

All three leaders are part of a regional emergency preparedness group which met on Monday, a meeting that was widely attended by nearly every emergency response group in the county, from law enforcement to fire/ambulance, health care, emergency planning and more.

Breuer said his days have been a stream of meetings at the hospital and clinic, along with multiple conference calls with a regional group of hospitals and clinics, all communicating about resources and making plans to respond to the virus. If there's an outbreak in Hibbing, CMH will help and vice versa, he said.

But the responsibility for the response to COVID-19 is also shared by the county's citizens. It is up to them to stay home if they're feeling sick, follow guidelines for simple things such as hand washing, avoiding large gatherings, keeping a safe social distance from others.

Breuer told a historical anecdote about the Spanish Flu, which infected about a third of the population and killed as many as 100 million people worldwide during and after World War I. He explained that cities across the U.S. were holding victory parades to celebrate returning soldiers and sell war bonds. Both Philadelphia and St. Louis discussed beforehand if they should hold parades because of the influenza that was sweeping the world.

St. Louis called off their parade and Philadelphia didn't. Some 200,000 jammed the streets. Three days later, every bed in Philadelphia's 31 hospitals was full with sick and dying patients. By the end of the week, more than 4,500 people were dead. In St. Louis, where the city closed schools, playgrounds, libraries, courtrooms, churches and more after the first cases were detected, the death total was far lower.

"Everyone got together at that parade," Breuer said. "They all infected each other and they all got sick at the same time which overwhelmed the health system.

"There are lessons to be learned from history if you choose to learn them."

Save testing as a last resort

If the public is not part of one of the three prioritized testing groups (hospitalized patients, healthcare workers, and those living in congregate living facilities), typically, a diagnosis of COVID-19 will not affect their recommendations for care (to stay home and out of public spaces as much as possible), the latest press release from Carlton County Public Health and Human Services stated Wednesday. There is no medication for treatment of COVID-19, so unless symptoms worsen and your health care provider recommends a visit, there is no need for testing at this time.

"I hope people will stay home until they get to the point where they feel the infection is more serious, and even then they should contact someone ahead of time so any health care visits are done in a more mindful way," said Dave Lee, director of Carlton County Health and Human Services.

Community Memorial Hospital and the CMH Raiter Clinic are asking people who think they should be tested to call the Nurse Hotline at 218-499-6799. A nurse will help decide whether or not someone should be tested, and arrange a time to come to the ambulance entrance to the emergency room at CMH, to avoid making any other patients sick. Leave a message if needed on this 24-hour hotline.