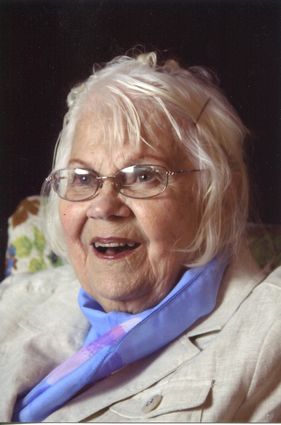 She was born March 10, 1928, in Cloquet to Waino and Impi Johnson. Ellen grew up in Esko and graduated from Lincoln High School in 1946. She married Clarence Larsen Sept. 4, 1948 in Esko and together they raised five children. Ellen worked at Diamond Match for several years before attending cosmetology school in the mid-1960s. She had her own beauty salon, Ellen's Beauty Shop, in Cloquet's West End for a short time before deciding to be a visiting home beautician, which led her to be a caregiver to many.

Ellen was an active volunteer in the community. She volunteered at Nopeming Nursing Home for many years. Ellen was a member of Apostolic Lutheran Church and its ladies' bible study, Suomi Club, Ladies of Kaleva, serving as chaplain, Esko Lions Club, Esko Seniors, Esko Historical Society, the Järvenpää singers, and for 41 years was a member of TOPS and KOPS.

Ellen enjoyed traveling and made many trips to California and New Hampshire to visit family. She made two trips to Finland and was fortunate enough to experience her dream trip to Hawaii. Ellen enjoyed polka music, singing, playing the accordion, walking, crocheting, and sewing. Ellen was especially proud of her Finnish heritage. Ellen had "sisu." Her greatest joy came from spending time with her family. Ellen's grandmother was influential in her faith and always called her "Jumalan Lapsi," "a child of God." Ellen never said goodbye, she said, "Näkemiin," "I'll see you again."

She was preceded in death by an infant son; her husband, Clarence; sisters, Esther Fagre, Viola Mittlestadt, and Irene Hopkins; and brother, Earl "Armand" Johnson.

Private family services will be held. A video recording of the service will be available in Ellen's obituary on the funeral home's website, http://www.atkinsnorthlandfuneralhome.com on Tuesday, March 24. You may also sign the guestbook and leave an online tribute. Inurnment will be this spring in Hillside Cemetery in Carlton.