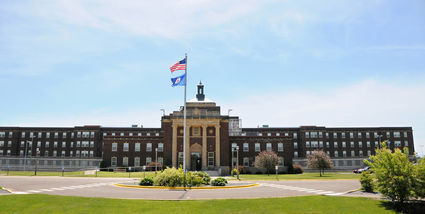 Carlton County's first COVID-19 cases have appeared at the minimum-security prison in Moose Lake this week.

As the numbers of confirmed cases of COVID-19 have grown across the state, from one case on March 6 to 629 on March 31, it was only a matter of time until the virus reached Carlton County.

The first case here was confirmed over the weekend - when an inmate at the Moose Lake prison tested positive - but not widely known about until Monday evening, March 30, and not reported by the Minnesota Department of Health (MDH) until March 31.

At this point, the exact numbers of confirmed cases is uncertain.

Carlton County officials reported a second lab-confirmed case of COVID-19 in a county resident on April 1 and another on April 2.

Additionally, as of April 2, the number of people who had tested positive at the Minnesota Correctional Facility in Moose Lake had grown to four, according to the daily Department of Corrections update (Find it here: https://mn.gov/doc/about/covid-19-updates/).

But MDH and Carlton County officials were still reporting only three cases April 2, so the numbers differ.

One thing is certain, however: those numbers will keep growing.

There are almost certainly more cases in the county than have been confirmed, public officials acknowledge, because of the limited number of tests. People who are not in high-priority groups for testing - which include public safety, emergency and healthcare workers, along with people in group settings (like senior living settings and prisons) - are not being tested if their symptoms don't warrant hospitalization.

While Carlton County was rated No. 1 in the state in social distancing by Unicast, the disease is definitely going to hit here, officials acknowledge.

"We're not going to stop it," said county coordinator Dennis Genereau, explaining that the goal now is to slow down transmission of the disease to allow local hospitals and health care providers the time to prepare for things to get worse. "The modeling says this will happen here too, not necessarily like New York City, but we should expect it will happen."

Stay home as much as possible. Avoid contact with others outside your family. Practice infection control measures including washing hands frequently with soap and water for at least 20 seconds, using hand sanitizer when you can't wash, and covering coughs and sneezes with a tissue or your elbow. Try not to touch your face or mouth and take care of your physical health and well-being.

"It's up to people to use that information. What they do, we can't control," Genereau said.

Hospitalist and family physician Dr. Charles Kendall addressed the public in a press conference Monday that was livestreamed from Cloquet City Hall on the city's website at cloquetmn.com.

Kendall has been spearheading the efforts by Community Memorial Hospital and Raiter Clinic to prepare for the arrival of the COVID-19 pandemic.

While the hospital has taken many steps to prepare for the inevitable infection of local residents, they are hampered by the lack of supplies for personal protective equipment for healthcare workers, a lack of ventilators for patients - they have four right now - and the ongoing shortage of tests, among other things.

He said the virus would be in Carlton County soon, not knowing then that it already was. He referred to stories about the rapid spread of the disease in New York, New Orleans, Italy and China.

"I hope that what has been put in place by our governor's actions and our local communities will have some effect on how fast that surge gets here and how it looks," he said, momentarily overcome. "I apologize if I get emotional, but we are all scared, everyone in our community, everyone at our facility. This is a serious illness. For 80 percent of you, it probably will be nothing or a mild cold or whatever. For maybe 20 percent, you're going to get sicker and a small percentage will become critically ill. And, unfortunately, a high percentage of health care workers will get this virus."

He pointed out that the virus will kill some people, as it has around the world and across the United States, where the death toll passed 4,600 on Wednesday, far exceeding other nations. Kendall expressed concern for the doctors, but more for the nurses.

"I may spend five minutes with a patient seeing them in the hospital each, but they (the nurses) spend their whole shift with a patient," he said. "So I worry about the healthcare of our nurses and all of our staff."

Kendall stressed that the places that have gotten the coronavirus under control have done two things: they've been testing a lot and they've been shutting down their communities and having people stay home. Unfortunately in this country, he pointed out, the tests are not widely available yet. So Minnesota and the rest of the country has shut schools and businesses, and asked people to stay home or shelter in place as much as possible.

Then he made his plea.

"As hard as this has to be for everyone right now, especially those who currently are unable to work, please stay home," he said. "I had three different people who work at the hospital come up to me this weekend when I was working and say they're not following the directions at Walmart."

People told him there were groups of people in Walmart, too many people, and people who didn't need to be there.

"That's very concerning to me," he said. "Because that is really the thing that will stem the tide of this infection. So I ask everyone in this community to please step up and stay home and, and try to protect all of us in the community."

Walmart isn't the only place where groups of people could be spreading the coronavirus unwittingly.

"We have been working directly with epidemiology staff from the Department of Health for several weeks to plan for the known likelihood of staff and inmate cases of COVID-19," Minnesota DOC Commissioner Paul Schnell stated in a press release earlier this week. "We are taking all reasonable steps to minimize the spread with the state's correctional facilities, and we are implementing methods to protect those most at risk medically.

The MCF-Moose Lake currently serves 1,062 inmates, and employs a total of 369 staff members.

Although disease can spread more easily in a congregate, or group setting, people living in places like the prison in Moose Lake or the Minnesota Sex Offender Program are a priority population for testing.

Illnesses there are more likely to be identified, which is a good thing, Carlton County public information officer and public health nurse Meghann Levitt pointed out.

Department of Corrections spokesperson Nicholas Kimball said the DOC worked with the Department of Health to identify a handful of people who had close contact with the original inmate who was confirmed positive.

"Those with close contact were isolated since they were known to have contact with a suspected case, which is the protocol directed by MDH," Kimball said in an email response to the Pine Knot.

Out of six people who were tested at the Moose Lake prison, three have returned positive results and three tests are still pending.

Staff members have been given guidance for preventive measures they can take to help protect themselves and their families or community members, but there is no effort to quarantine staff from the wider community.

Commissioner Schnell said the DOC is working to balance public health concerns inside the prisons with the need to offer prosocial therapeutic, educational, recreational and phone visiting activities.

"As an agency, we continue our preventative measures as part of our effort to slow the spread of COVID-19 within the prisons," he said. Some of those measures include requiring staff and offenders to practice social distancing even as programming continues, and suspending in-person visiting at all DOC facilities during the COVID-19 pandemic.

Other measures by the DOC to limit disease spread include an intensified screening process for new intakes, who will be admitted to only certain facilities; waived medical copays so inmates are willing to seek medical care; enhanced handwashing and hand sanitizing procedures as well as providing more bars of soap to ensure regular hand washing. Additionally, all individuals entering DOC facilities are being screened daily for recent travel and symptoms.

Up the hill at the Minnesota Sex Offenders Program, no clients or staff have been tested and there are no suspected or confirmed cases of COVID-19 in the Moose Lake facility, according to a spokesperson for the Minnesota Department of Human Services who responded to Pine Knot News questions on Wednesday.

In addition to the standard hygiene and social distancing recommendations, staff at MSOP facilities have been instructed to stay home if they feel ill, and those who report to work are being screened for fever and respiratory symptoms such as a cough or shortness of breath. In addition staff are asked if they have household contact with anyone who exhibits COVID-19 like symptoms or illness.

According to DHS, MSOP staff are sent home if they show a fever of 100.0 degrees or higher or if they report a positive household contact. Staff who are exhibiting respiratory symptoms alone are allowed to work, but must leave if symptoms worsen.

Additionally, visits to all facilities operated by the Department of Human Services, including MSOP in Moose Lake, have been temporarily suspended. All non-staff persons who must enter the facility must be screened the same as staff.

As of Wednesday, April 1, the number of confirmed cases of COVID-19 in Minnesota was 689, out of a total of 21,191 tests since early March. Fifty-four patients were hospitalized, with 27 requiring ICU care. The number of patients who no longer need to be isolated was at 342. The number of deaths in Minnesota due to COVID-19 was at 17 on Wednesday, ages 58-95 years. The age range for cases was four months to 104 years. Community transmission was estimated in 30 percent of the cases. 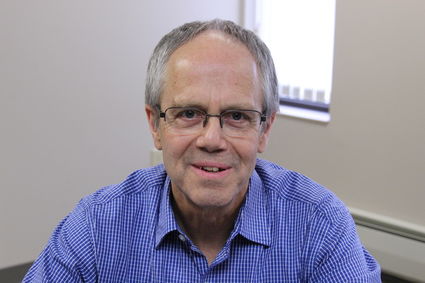 Community Memorial Hospital and the CMH Raiter Clinic are asking people who think they should be tested to call the Nurse Hotline at 218-499-6799. A nurse will help decide whether or not someone should be tested, and arrange a time to come to the ambulance entrance to the emergency room at CMH, to avoid making any other patients sick. Leave a message if needed on this 24-hour hotline.

Because tests are still in a very limited supply, if a person has mild symptoms they will be asked to quarantine and likely not be tested.

Editor's note: This story was updated April 2, after the print version of the paper published.