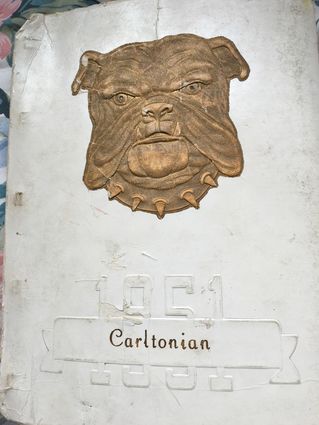 Last week's MNopedia spotlight on the late Jim Northrup - a well-known author and columnist - wrongly noted that Northrup was the first Native American graduate of Carlton High School in 1961.

Pine Knot News subscriber Shirley (Cummings) Armon, a class of 1954 grad, pointed out the error and sent photos from the 1951 Carltonian yearbook to prove it.

According to Armon, at least two prior Carlton grads were Native American: Shirley Barney graduated with honors in 1951, and Jack Kari graduated in 1954. Barney was also the secretary of the Class of 1951.

Northrup had repeatedly told the story...