Guest commentary: This deadly coronavirus is nothing to take lightly 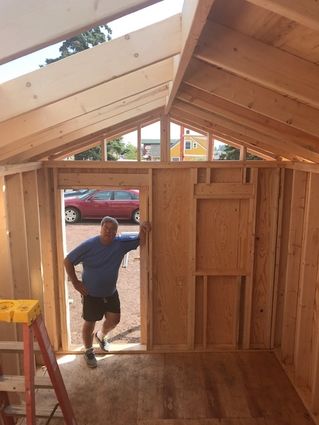 The COVID 19 pandemic is a threat to the entire world population. SARS-CoV-2, the virus that causes the COVID-19 disease, is "novel," or not seen before. The implication is that an individual human's immune system has no natural immunity, aka antibodies, to attack and defeat the rampage to, at the minimum, the respiratory system.

The scientific community is working on a vaccine to provide immunity. Until then, when an infected human sheds the virus onto another human, the virus it will proceed to impose its will on the new human host. It will attack cells, replicate itself within them, and attack primarily the respiratory system.

The virus can also attack the heart, and cause clotting and strokes in individuals in their 20s. The breadth of the long-term health implications of the virus' multipronged attack is unknown at this time.

In the interim, of great concern is that otherwise normal activities can result in the transmission of the virus. An infected person may shed the virus by merely closely passing by a person on the street, singing in a choir, or chatting at length with someone in your neighborhood. (Nix the long Minnesota goodbye.) The chances of getting infected are extremely high and that calls for a "Holy cow, it is serious."

The essence is that the virus can directly jump onto you through an infected person's droplets. You are at even higher risk if someone in your household is infected, especially if you reside or work in an assisted living/nursing home, or are homeless or incarcerated; and in all cases, you are the target of "the shed."

Please see NBC reporter Kerry Sanders, @KerryNBC, and the report on the simulation of the spread of the virus through a slight, moderate, then heavy cough. (The report did not address a sneeze, which has a force of 100 miles per hour.)

The report presents a visual image, akin to a smoke-filled room. It depicts very small micron droplets exiting the infected person and persisting, depending on the circumstances. The distance traveled can be more than 6 feet, the time duration unknown. And, the droplets do not just float to the ground; rather, they can stream - and worse, travel by thermal air lifts, and so hang for a long time. 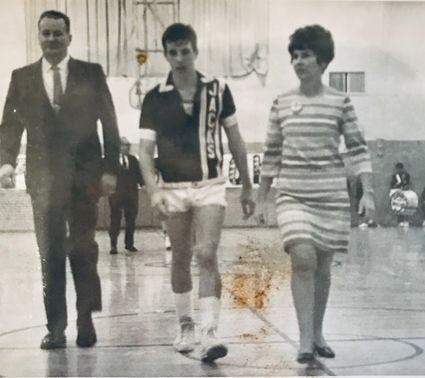 Korpi circa 1969 with parents Martin and Pasty on Parents' Night at a Cloquet basketball game.

I trust your takeaway is that there is no simple solution, no simple course of action. The best strategy is hygiene, social/physical distance discipline, and adherence to the ongoing developments/findings by credible institutions and individuals. If you have questions and concerns, contact your public health officials and your personal physician.

I personally have followed Dr. Michael Osterholm at the University of Minnesota and Dr. Anthony Fauci and, in the media, Dr. Sanjay Gupta, for all their sincere concern and commitment.

Also, wear your mask to protect humanity - the virus transcends all borders, and you could be the next Typhoid Mary.

Writer Dale C. Korpi graduated from Cloquet High School in 1971 and went on to obtain degrees and professional designations in both accounting and law.