Cloquet July Fourth still up in the air 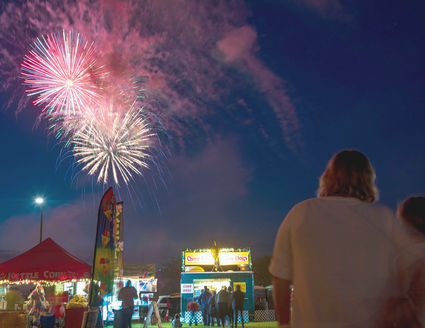 While Gov. Tim Walz says his stay-at-home order has worked to buy the state more time to prepare for increasing cases of COVID-19 and better testing, that extra time also means that the state's expected peak of infections will likely occur mid-summer.

Which is exactly when small and large communities across the state are busy celebrating July Fourth. Or maybe not.

In Carlton County, Moose Lake city councilors elected to postpone their July Fourth festivities, and Agate Days event organizers agreed to cancel the event this year due to concerns over the coronavirus pandemic.

In Cloquet, the July Fourth committee is looking for guidance from the governor and others, but leaning toward canceling the parade and all activities in Veterans Park, as thousands of people usually gather for both. No final decision has been made.

July Fourth coordinator Alyson Leno said the committee is hoping to be able to raise enough money to pay for fireworks that evening, and encourage people to watch from home or some other spot along the river or on high ground.

"Our goal is to for sure host the fireworks that evening, as we feel families can social-

distance themselves and watch the fireworks from anywhere in the community," Leno said in an email to previous donors this week, soliciting donations for the event. "We're hoping this will be the first 'getting life back to normal' event for our community and we would greatly appreciate your support." (To donate, mail checks to July Fourth committee, 225 Sunnyside Drive, Cloquet.)

Moose Lake Mayor Ted Shaw said the city made the decision to delay its July Fourth activities until late August or early September, and is tentatively planning to hold its parade, fireworks and other events on Saturday, Sept. 5, before Labor Day on Monday.

"Hopefully, things will have changed by then for all of us," Shaw said.

Agate Days, originally scheduled for July 18-19, is simply canceled for this year, said Craig Prudhomme, a Chamber board member and coordinator of the Agate Days committee.

Prudhomme said all four of the main event sponsors - the Chamber, the Carlton County Gem and Mineral Club, the city and the Art in the Park group - agreed to cancel.

"We see the need for social distancing until we pretty much have a vaccine and most of the people you know have been vaccinated," he said, adding that the first thing canceled in Moose Lake was the triathlon.

"I was on a call in late March with 20-25 race directors; luckily, two of them were physicians," he said. The two doctors talked about how serious the disease was and how difficult it would be to responsibly hold a race.

The Minneapolis Park and Recreation Board already announced the cancellation of most recreational activities through Aug. 31, meaning beaches, outdoor pools and water parks will be closed. There will be no 5K races, fireworks, or spring or summer sports leagues organized by the park board.

Also canceled is the annual Blueberry/Art Festival in Ely, planned for July 24-26.