The season that got away 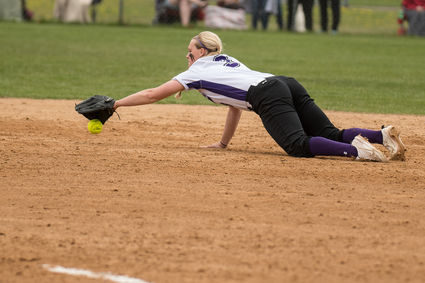 Anticipation was running high in mid-March for the Cloquet girls softball players. The Lumberjacks had returned to the gym and were preparing to defend their Section 7AAA title and make a run at a state title after finishing third last spring.

Then, five days into practice, everything was shut down as the COVID-19 pandemic hit.

"The practice vibe was one of excitement and a ton of energy," said first-year coach Andrew Miller. "As coaches, we really put a premium on focused effort and constant hustle. The girls were really starting to adjust to the pace we needed to practice. ... It felt like the girls were really excited to take the challenge of repeating as section champs."

Miller was the junior varsity coach the past two seasons and took over the head coaching role this season after Ron Tondryk retired. The team was scheduled to play scrimmages the day after the announcement came from Minnesota State High School League.

"We were able to get five practices in before we were forced to stop," Miller said. "We had set up to go down to Eden Prairie for a scrimmage and do some team building. Then to get that call on Friday at 3:30 was a huge disappointment."

"Everyone was so excited to try and claim our section title again and have another chance at state," Sinkkonen said. "We all knew we would have the ability to win state this year."

Bender was widely considered the best shortstop in northern Minnesota, and perhaps the state. Sinkkonen proved that she was one of the top three or four pitchers in Class AAA and had been throwing four days a week since last November in preparation for her senior season. Jones set a state record for most hits in the state tournament and had college scouts drooling at her speed and bat. McCleary was a leader by voice and actions behind the plate and provided power in an already powerful lineup. Martin was the surprise last season and seemingly came out of nowhere to provide even more speed at the top of a lineup loaded with talent.

The top three hitters in the batting order were all back for another run at a state tournament.

"It has devastated me knowing I won't be able to step out on the field one last time again with my team," Sinkkonen said. "As a senior, this last season would have been special and just realizing I won't be having all those last moments with my fellow seniors has crushed me."

Bender echoed those feelings as she attempted to qualify for her fourth state tournament in in a row: Last spring the 'Jacks had the third-place run, last fall was state appearance for the Cloquet-Carlton girls soccer team, and this winter the CEC girls hockey team finished as state runner-up. For Bender, it was a chance to put the frosting on her high school career cake.

"It is tough to know that I will never get to play 'Jacks softball again or get the chance to put on the uniform with them," Bender said. "It's really tough to know we won't get that chance."

The 'Jacks also had some key players waiting in the wings.

Lexi Norrgard would have been the only other senior on the roster, along with Bender and Sinkkonen. Norrgard had waited to step in and play behind a very strong lineup the past three seasons. For her not to get that shot is devastating.

"I honestly think telling the three seniors was the hardest part of this being canceled," coach Miller said. "They were excited to take on the leadership roles ... and to have it all taken away is difficult. However, they handled it just as you expect leaders would and were able to see the big picture."

For three weeks the team waited, as did all Minnesota High School spring teams, to learn its fate.

"The time in limbo was really tough. I first started with just sending them positive messages and reminders about staying positive just in general, not even softball-related," Miller said. "Then as we got close to the first game and I realized that the weather was actually going to let us play."

He made a video from an open field in Willow River to keep his players inspired. 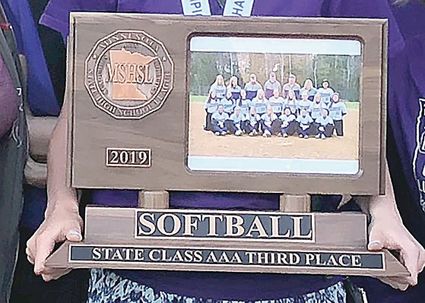 Bender and the Lumberjacks were looking to make a return trip to state this season until a pandemic got in their way.

"The cool part was to see the girls' response and then for them in turn to make a video of all of them playing catch. In those final couple of days before the end result, I texted every girl on the team, not so much about softball again, but more so about how are they holding up with all the changes to the way of life we are used to leading."

Miller, who was the head coach several years back at Moose Lake/Willow River, was doing his best at keeping the team's mental state of mind positive in case word came there would be a season.

The Minnesota State High School League pulled the plug April 24, after the governor announced that distance learning would continue through the end of the current school year. The season was over.

"After we left on that Friday, we didn't know if we would be coming back or not," Bender said. "As I said, it is just really tough to know we will not even get the chance to prove it on the field."