Hockey: Familiar faces on the move 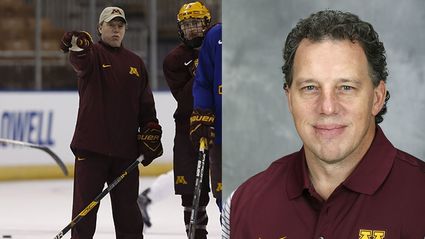 During the COVID-19 pandemic, the sports world across the globe has slowed to a crawl and in some instances seems to have stopped completely. But there is still work to be done in the case of a few former Cloquet-Esko-Carlton Lumberjack hockey players.

Corey Millen - a two-time Olympian, the third leading scorer in Minnesota Gopher history and an eight-year NHL veteran - is back in the North American Hockey League after a short hiatus. Millen was hired as head coach of the St. Cloud Blizzard this past winter. The team is switching its nickname to Norsemen this offseason.

"The owner Chris Canavatti reached out to me and asked if I'd be interested in the opportunity and I said I'd certainly be willing to talk," Millen said. "We were familiar with each other and had met a few times from both of us being in the league before."

Millen was the head coach of the Cloquet-based Minnesota Wilderness when it won the 2015 Robertson Cup NAHL championship. Following his stint in Cloquet, he held a variety of positions both in college and in the United States Hockey League where he was the assistant coach in Des Moines.

Joining Millen on the staff for St. Cloud will be his former collegiate teammate, Tom Chorske. Chorske will take over as general manager while Casey Mignon will be an assistant coach.

The pandemic has caused issues for all teams in trying to put together rosters in the NAHL. Normally there are tryout camps, drafts and all kinds of things that have to happen prior to the season next fall. Because of the current situation there are no camps currently scheduled, but eventually teams will need to start making decisions. That can be hard in the best of times, let alone coming back to the league after being gone for three seasons.

"These times certainly don't make things easy, but I am fortunate to have a good staff," Millen said. "Between the three of us, we use our contacts for gathering information which has helped."

In the meantime Millen is just excited to be back at the helm of an NAHL team.

"I'm really excited to be back in the NAHL developing and coaching players at this level. Junior hockey players are trying to reach their dream of playing college hockey and that's what we are going to help them do," Millen said on the Blizzard website. "I realize we have a lot of work to do, but I've done it before and plan to do it again. We want to earn the respect of the St. Cloud community and their hockey fans. We're not here to compete against other St. Cloud teams, but rather help players on their way to playing college hockey. We just want to be part of the hockey community in St. Cloud."

Former CEC player Karson Kuhlman, now a member of the NHL's Boston Bruins, is also trying to stay busy during this time. One of the ways he is giving back is by being part of a virtual hockey camp being put together by former UMD Hockey Operations Director Mike Antone.

"Mike wanted to put together something for kids in this time of quarantine with most of it related to hockey training," Kuhlman said. "He has information for off-ice training and a Zoom question and answer time with a handful of professional players."

That is where the former UMD captain - and star of the 2018 national team - comes in.

"I will be on one of the hour-long Zoom calls to answer questions from the kids," he said.

Kuhlman and his Bruins teammates are in a state of limbo as the NHL suspended operations. At the time of the suspension, the Bruins were in second place in the Atlantic Division with 107 points - second only to the Tampa Bay Lightning - and were virtually assured of a playoff spot. The year prior the Bruins finished as runners-up in the Stanley Cup playoffs.

"It has been a strange time, but I think we have been doing a great job of staying prepared," Kuhlman saod. "Obviously public safety is of first and foremost importance. I just hope to get back to playing sometime in the near future, whenever that may be."

Cloquet native Westin Michaud - who played his collegiate hockey at Colorado College and North Dakota - recently signed a one-year professional contract with the Manitoba Moose of the American Hockey League. Manitoba is an affiliate of the Winnipeg Jets of the NHL.

"I went to the Winnipeg Jets development camp last summer and loved it," Michaud said. "They watched me closely this year and by the looks of it they liked how I play."

Michaud played his first three seasons of collegiate hockey at Colorado College before going to North Dakota as a graduate transfer.

"Growing up I was told I would never make it to college hockey and that was a major factor in pushing myself every single day," Michaud said. "My last two years at CC were eye- opening. Not knowing the opportunity I was going to get made me strive to work hard on my skill development and my deficiencies in the weight room. I studied the game day in and day out and most importantly I studied my shifts and was taught the game through video analytics."

Michaud hopes younger hockey players can learn a few things to lean on in order to be successful. 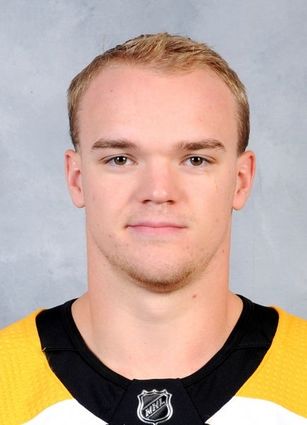 "For young kids out there reading there are three things I learned in my college career," Michaud said. "I think first it is important to have fun. It's simple and easy to think about, but at the end of the day it's a huge business. Secondly, believe in yourself and third, overcome negative comments."

Last hockey season Michaud played for North Dakota, and the Fighting Hawks were the No. 1 ranked team in the country, only to have the season cut short due to the pandemic and ending his collegiate career.

"It was very tough having the season end. A lot of people thought we were the best team in the nation," Michaud said. "We had the culture and the players to win it all. Everyone on the team knew their role and the key to the team's success was no one was selfish. It was very hard to see a close-knit group's dream of winning a national championship shattered in such little time."