Family Tradition Restaurant and anonymous donor give back 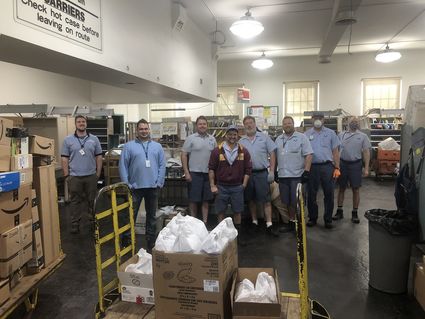 Family Tradition Restaurant brought meals to all 25 Cloquet post office employees Monday, courtesy of an anonymous donor who gave the restaurant $4,000 to "pay it forward" to people in need and essential workers. Contributed photos

That's how much a donor (who asked to remain anonymous) gave Cloquet's Family Tradition Restaurant to use to provide meals for people in need and essential workers.

Kenny Heehn, a cook and one of the eight members of the Johnson family on staff at the family- run restaurant, said someone he knows approached them.

"They wanted to help us out as well as doing the right thing for the public," said Heehn, noting that Family Tradition has done a good business with its curbside delivery, but not as much business as they did when they were open. "They are very giving people, very generous. They've done well, and they like to pay it back to people."

During the last week of April, Family Tradition staff started by bringing food to the Outreach Center in Cloquet, Cloquet police department, Cloquet senior dining and B&B Market. "Those guys have been working their butts off," said Heehn.

The second week they delivered meals to the Fond du Lac police department, Outreach Center and Super One employees here.

"My father-in-law has done a lot of the delivering," he said. "It's been really cool to see people's reactions, and being able to show support for essential workers who are willing to risk their lives to serve people right now. The police departments are working and trying not to get sick. And I think it really boosted the morale at Super One."

This week they brought 25 meals to the Cloquet post office on Monday, and planned to go to the Outreach Center again on Thursday for one last time. 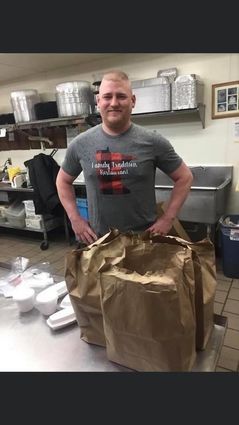 Heehn said he has a soft spot for the Outreach Center in Cloquet, so they've been there every Thursday. The Outreach Center on 10th Street serves Carlton County residents who have chemical dependency or mental health issues, have disabilities, are homeless, or have other issues they need help with. The center usually provides food twice a week, and gives people a safe place to go.

"Some of them are homeless, so they really need food," said Heehn.

In the meantime, the staff at Family Tradition is looking forward to reopening next month, but they've even used some of the extra time to do a little remodeling inside.

Heehn said he and his wife, Ashley, are hoping to buy the restaurant from her parents and the current owners, John and Sara Johnson.