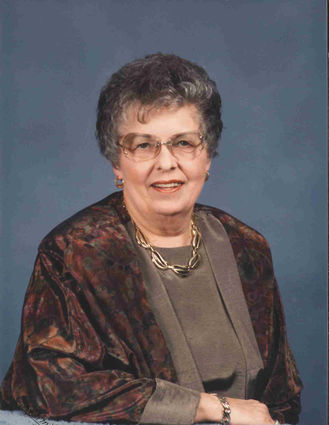 Eleanor worked as a subcontractor administrator for Rockwell International and Boeing. She lived in California's San Fernando Valley from 1955 to 1961 and again from 1976 to 1988. She lived in Sarasota, Florida from 1973 through 1976. Eleanor worked as a secretary at Firestone Tire and Rubber, the international rubber workers union, and Concordia Lutheran Church in Akron. She also worked in California for the Rocketdyne Division of Rockwell as a buyer/subcontract administrator, retiring in 1988.

She enjoyed her church life and served as church secretary for churches in Ohio, Florida, and Minnesota. Eleanor was a member of Our Redeemer Lutheran Church in Cloquet, where she volunteered as a secretary and also served as a buyer for the Community Memorial Hospital gift shop. Eleanor loved playing cards, especially bridge, and played in three bridge clubs.

She was united in marriage to Raymond "Ray" Thomsen in June of 1993. They enjoyed traveling and made trips to Hawaii, Las Vegas, Florida, California, and many other places.

A private family service will be held at 10 a.m. Saturday, May 30 at Our Redeemer Lutheran Church in Cloquet. The public is invited to listen to the service in the church parking lot on radio station 99.5 FM. Interment service will be at Maple Grove Cemetery and the public is invited. A memorial service for the public will also be held at a later date. Memorials to Our Redeemer Lutheran Church Building Fund are preferred. To leave an online condolence, visit the guest book at http://www.nelsonfuneralcare.net.