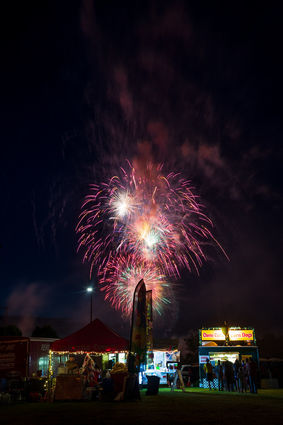 Add July Fourth festivities in Cloquet and the swimming pond at Pinehurst Park to the list of cancellations caused by the coronavirus pandemic.

Cloquet City Councilors voted unanimously Tuesday to cancel all of the usual July Fourth activities, including the fireworks. The committee that organizes the event had hoped they could still offer the fireworks, and ask people to watch from cars or other uncrowded locations, but it wasn't to be.

City administrator Tim Peterson requested the council not move forward with any events -- fireworks, parade and more -- even after they approved various permits and road closures on a "just in case" basis at the previous city council meeting.

"I told you we'd be bringing it back, tonight is that night," Peterson said. "We need to decide, and let the vendor know if we will be moving forward."

"With both Moose Lake and Duluth canceling their events, we simply can't handle having that many people who now have lost their events traveling to the city Cloquet," Peterson said, noting his recommendation followed discussions with councilors, July Fourth coordinator Alyson Leno and interim police chief Derek Randall.

"I know it's an event that's near and dear to many, including my family," he continued. "This will be a loss. However, with trying to keep everybody safe, I just don't see any way we can possibly have that many people, not to mention social distancing."

Ward 3 Councilor Chris Swanson moved to cancel the events for this year.

"It's a bummer, but I think it's the right decision," Swanson said. "It's important to keep the people of our community safe, and everyone else too."

At-large Councilor Lara Wilkinson asked if the fireworks could simply be postponed to the Labor Day holiday weekend, as Duluth and probably Moose Lake are planning.

Peterson said the July Fourth committee wanted to keep the money its raised to use for next year's July Fourth celebration. The fireworks are the most expensive part of the celebration, costing between $12,000-$15,000 each year, depending how much money is raised. Fundraising had been a challenge this year, but several businesses had come through, including Sappi and Enbridge, each with a $2,000 donation. 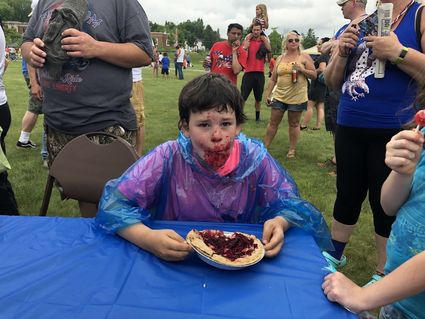 In other business, the commission noted that the basketball courts are getting good use now that some restrictions have been lifted. Youth sports such as baseball and softball can hold practices, but not games yet. Some summer camps will be held at Braun Park this summer, members noted. At least one soccer camp is already scheduled as well.

The city opened Spafford Park campground but isn't opening the bathhouse, Peterson said. "We are only renting to self-contained units on a seasonal or monthly basis, to comply with the governor's directive."

The city was unable to find an on-site host this year, so reservations are being taken by staff at city hall.

"Response has been surprisingly good. We're hoping to generate at least $30,000 of the normal $50,000 in income from the park this year," Peterson said.