No swimming at Cloquet swimming pond this summer 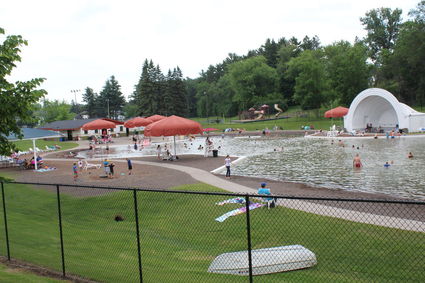 Although there was no formal vote, councilors agreed with a staff assessment and the Cloquet parks commission that the The Beach at Pinehurst would not open this year.

Public works director Caleb Peterson said it would take staff two weeks to fill the pond and balance the chemicals to start. Add a late start to the state's current prohibition against gatherings of more than 10 people, and it makes opening the pool a losing proposition for many reasons, from revenue, to safety, to staffing.

"There's just too many things against us to do it," Ward 4 councilor Kerry Kolodge said, adding that the city's parks and trails have been truly valuable to the citizens during the pandemic, when so many other events and activities have been shut down.

The decision followed the Cloquet parks commission meeting on Monday, when commissioners debated opening the pond and other restrictions on park use during the pandemic.

Peterson warned the commission that revenue from ticket sales may not be enough to cover the cost of paying Community Ed to operate the pool, especially if the pool opens much later than early July. "The pool brings in about $50,000 annually in revenue, but costs about $100,000 to operate. It costs about $20,000 of our budget to fill it and add the chemicals," he said.

He said a similar pool in Shakopee, southwest of Minneapolis, decided to not open this year.

"If we open, we'd need an action plan to enforce social distancing and meet the requirements of the governor's executive order," Peterson said. 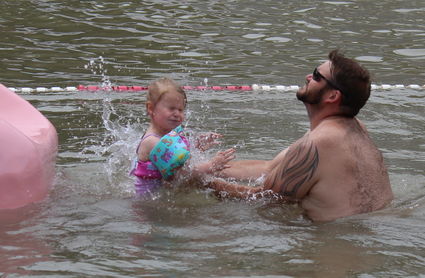 Kayla Cotner from Community Ed said that many of the employees have already found other jobs. "Staffing may be difficult if we wait too long to make a decision," she said. She also said selling season passes in advance typically nets about $14,000 in income, but those sales have been curtailed. "We didn't want to have to issue refunds," she said.

Peterson said if the pool opens, one of two scenarios is likely: "Either it's packed and busy, and we spend a lot of effort on enforcing the safety plan, or no one comes for fear of spreading the virus."

Ruth Reeves, director of Community Ed, said private swim lessons and adult lap swimming have started at the Cloquet Middle School pool and the response has been high.

"We've closed the locker rooms, and people shower on deck, and we have an action plan to keep people safe from the virus," she said.