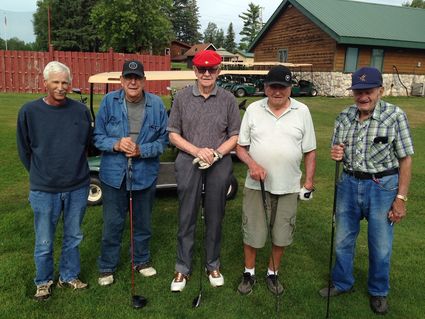 These "regulars" on the first tee told the PKN last year that they play at Pine Hill Golf Course nearly every Monday, Wednesday and Friday. Ranging in age from 84 to 93, they include Harold Herschel, Bill Gannon, Ben Anderson and Ed Thornton.

The famous Mark Twain once said: "Find a job you enjoy doing, and you will never have to work a day in your life." Such is the case for Jim and Cassie Barry, who have owned and operated the Pine Hill Golf Club in Carlton for the past 14 years.

Located just over one mile south of Highway 210 on Highway 61 in Carlton, Pine Hill Golf Course isn't hard to find. Just drive past the Royal Pines Inn, Olsonville, and the Carlton County transportation building on "Old 61" and you're there.

Originally built by Carlton resident Walter Radzak as a three-hole course and driving range in the 1970s, Bob Kelley designed and expanded the course to nine holes and par 31 in 1996. The course changed ownership a few times after that, until the Barrys bought it in 2005.

When asked how a person goes about purchasing a golf course, Jim's answer was unexpected.

"Like anything else," he said, "you look on the internet."

Previously, Jim worked as a plant manager at a factory that built batteries in the Twin Cities area. He said it was an extremely stressful job that was on his mind from the time he got up until he went to bed.

He had played golf when he was 12 and then took up the sport again at an older age. It seemed that the only time he found solace from his day job was, indeed, with a club in his hands at the golf course.

The battery factory eventually shut down and Jim began searching for business opportunities in northeastern Minnesota. He preferred a job that was independent, away from the metro hustle and bustle, and without direct sales responsibility. Although he had no previous experience with golf course management, he found the ad for Pine Hill on the internet under "opportunities" and initiated business transaction conversations.

He then took a leap of faith to pursue what he loved.

Jim said he has learned most of his course maintenance responsibilities through experience, trial and error, and the computer. He calls himself a "fast learner." Course drainage had been his No. 1 issue and, with tons of sweat equity, Jim has the problem nearly resolved. 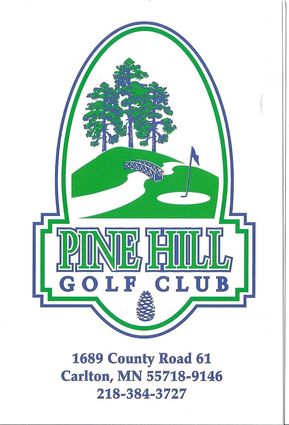 The facility also has a full beer and drink bar with hot dogs and pizza available for hungry patrons.

Pine Hill has a senior league on Mondays, a men's league on Wednesday evenings and a couples league on Thursdays. Jim thinks they have found their niche by catering to retired, senior and beginner golfers. The course isn't easy and has challenging holes for all golfers, but is flatter and quite walkable. A nine-hole round, for $14, can usually be played in about one hour and 15 minutes.