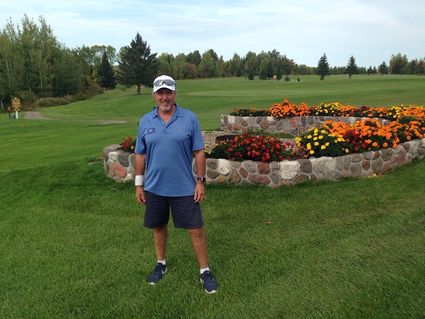 Where do you go for relaxation, fresh air, exercise and charging your batteries? Where is your retreat? Everybody has one. Many golfers in the region escape to The Retreat Golf Club five miles east of Floodwood, on Highway 2. The nine-hole scenic golf course is open to the public. Esko resident Dan Donofrio has owned Retreat for 11 years with the goal of being "the finest nine-hole golf course in Minnesota." He thinks they're on the right track.

The Retreat was built in 1998 by 12 people from Floodwood who wanted a place to golf closer to home. Donofrio said they each had a specialty - one cleared the trees, one person cut the trees into building timbers, one was a log building constructor and built the clubhouse. There was a carpenter, metal/ furnace fabricator and others who developed the course and made it a reality. They ran the course for about four years. then sold it to Mark Carlson, the pro/manager at Nemadji Golf Course in Superior, and some other investors.

When Donofrio bought the course from Carlson, the idea was that his kids would move back to Minnesota and operate tit. It didn't quite work out that way. After a couple of years, Donofrio retired from his job at RBC Wealth Management and dived into trying to make Retreat successful.

He wasn't a golfer but he did know how to run a business. He was fortunate to have employees who had worked there for five years or more, like Kerry and Susan Heine, who take care of outside and inside course responsibilities, respectively.

Unlike city courses, casino/resort courses or even country clubs, there is no financial backup for nine- hole courses like Retreat. They have to make it on their own.

"We had our best summer ever," Donofrio said of the 2019 season. "But our worst spring. Our business is very dependent on the weather." 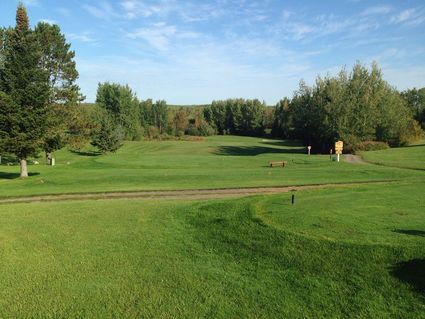 Retreat has men's and women's leagues and a couples golf league. Important for success are several scrambles during each season, including ones held during Floodwood Catfish days, Red White and Blue, Cromwell Municipal, Kalli's Bar In Wright, Tough Pin, and the Hunting Shack Scramble. The status of these tournaments is still somewhat uncertain due to the pandemic and applicable golfing rules.

The Retreat course is very pretty. I played it in the fall of 2019 when the many trees were near peak for colors. The greens were as fine as any course in the Northland. It is very affordable and challenging for golfers of all abilities. The course came out of winter well and activity was brisk when they opened earlier this year.