Going back in time at a classic theater 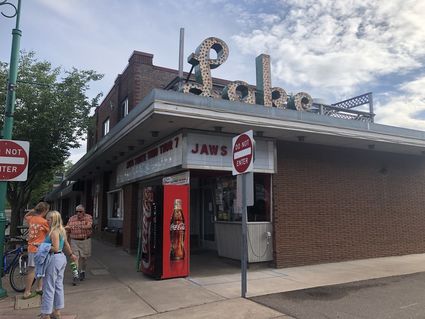 While The Lake movie theater in Moose Lake is showing neo-classic movies and crowd favorites like "Jaws" and "Grease" to pull in moviegoers, Cloquet's Premier Theatres remains closed to the public while owner Rick Stowell waits for the movie industry to begin distributing new films again. Last week Stowell said he originally planned to reopen July 1, then July 10. Now it looks like the opening and new movies won't come to Cloquet until mid-August or later. In the meantime, moviegoers are welcome to visit the historic movie theater in Moose Lake. Other upcoming movies there include "Despicab...