On Faith: Freedom derives from faith 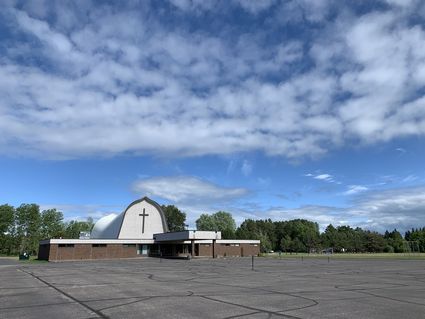 I once had the opportunity to walk the Freedom Trail in Boston, Massachusetts. The trail is a red line painted on the pavement and guides people from the central city park to many of the historic sites that are preserved in modern downtown Boston. Sites like the Old North church where they famously hung one or two lanterns to reveal the British invasion route. Paul Revere's house, the Bunker Hill Monument, and the USS Constitution are all stops along the route. In July we celebrate those who died to win us our freedom and the right to govern ourselves. Ever since our nation won its independence all those years ago, we have been a nation that has upheld freedom as one of the greatest goals of society.

Freedom to choose the course of one's life, freedom to engage in trade and freedom to worship are all great things, but the freedom that Christ offers the sinner transcends these things. Indeed, countless martyrs have proven that Christian freedom is untouchable by the world. Richard Wurmbrand, the founder of the organization Voice of the Martyrs, writes in his autobiography about the time he spent in a Soviet prison. The guards there would demand that the prisoners not speak of the Bible. If caught breaking the rule, the prisoner would be beaten. "A number of us decided to pay the price for the privilege of preaching, so we accepted their terms," he commented about the situation. "It was a deal: we preached and they beat us. We were happy preaching; they were happy beating us - so everyone was happy."

Richard lacked even the basic freedom of being free from assault on his own body, yet the guards could not separate Richard from God. Nothing on earth could take the freedom found in Jesus Christ, which is why Richard would endure the beatings to share that freedom with his fellow prisoners.

John 8:36 says "So if the Son makes you free, you will be free indeed." Christians are no longer slaves to their sin. Our heart has been made new. Before Christ freed us, the Law had us chained in sin and our own will reveled in our slavery to sin. But the new life in Christ comes with freedom. Christians are no longer bound to be slaves of their flesh, under bondage to anger, or lust, or addiction. We are free because all of the requirements for righteousness have already been paid for us. This time our freedom was not bought by the brave soldiers who defied British rule, instead our freedom was won for us because God was willing to give his only Son that we may be free indeed. 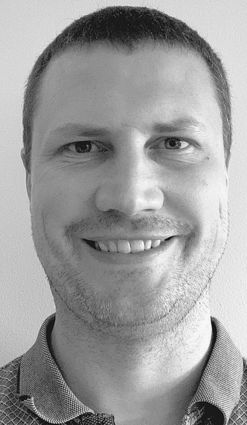 July is when we celebrate our nation's independence because it was on the Fourth that the first of our founding documents was signed. The Declaration of Independence and Constitution lay out our country's founding principles of life, liberty, and the pursuit of happiness for all. We have a Supreme Court who studies these documents to make sure that all we do as a country abides by these principles of freedom. Do you pick up your Bible with the intention of learning about God's freedom for you and others? To learn how you can be truly free? God's freedom is anchored in the cross of Jesus Christ. Start with God's free gift of salvation and discover true freedom as you read of what God has done for you.

David Handsaker is the new senior pastor at St. Paul's Evangelical Lutheran Church in Cloquet. A farm boy from central Iowa, he and his wife Lydia are parents to "three of the cutest little girls you will ever see." Handsaker is on his third career, after having been an airline pilot and a farmer before "God called" him into ministry. "My background has given me a deep appreciation for how God uses all different circumstances in life to share the good news of Jesus Christ," he said.