This week in local history 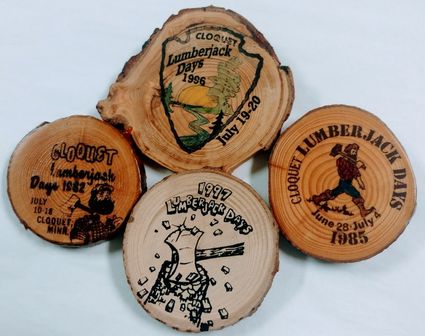 The Carlton County Historical Society recently posted a photo on Facebook of past Lumberjack Days wood medallion buttons in its collection. The annual event began in the late 1970s and eventually dwindled out of existence after a few decades. It was held at various times, sometimes at the end of June and other times in mid-July. It was tied to the Fourth of July for a long time until the Fourth took on its own traditions in Cloquet.

The historical society, located in the Shaw Memorial Library on the west end of Cloquet Avenue since 1987, is closed during the pandemic but research appointmen...