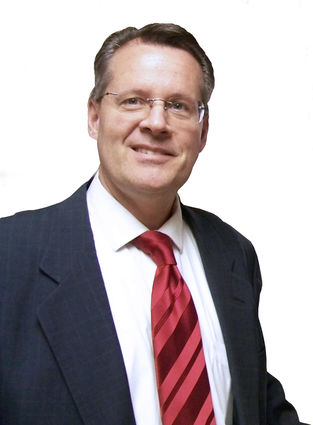 Former Carlton County attorney Thom Pertler is facing possible disciplinary action regarding unprofessional conduct during his tenure with the county.

Susan Humiston, the director of the Office of Lawyers Professional Responsibility, filed a petition for disciplinary action with the Minnesota Supreme Court on July 6. The complaint centers around Pertler's failure to follow through with duties to disclose all exculpatory evidence (favorable to defendants), specifically by not disclosing miscon- duct by

police officer Scott Beckman that reflected on Beckman's credibility and honesty. According to the petition, Pertler knew about Beckman's misconduct but never revealed that knowledge to any defense attorneys or even prosecuting attorneys in his own office.

The Office of Lawyers Professional Responsibility is an agency of the state judicial branch which investigates ethics complaints against lawyers and, if warranted, will pursue disciplinary action.

Pertler was appointed as county attorney in January 2005, and then elected to the job until he was defeated by current county attorney Lauri Ketola in the 2018 general election.

The petition lists several U.S. Supreme Court cases that established a prosecutor's duty to disclose any material that could help exonerate a defendant of guilt, including misconduct findings involving law enforcement officers.

The oldest of those, Brady v. Maryland, dates back to 1963. Police officers determined by such findings to have engaged in misconduct are sometimes called "Brady cops" because the identified past misconduct means defense attorneys can bring up the behavior, and cast doubt on their testimony.

Additionally, Minnesota Rules of Criminal Procedure and the Minnesota Rules of Professional Conduct separately require the prosecutor to disclose to the defense all exculpatory evidence, including criminal records of defendants and witnesses, and all relevant documents.

According to the petition, on May 2, 2016 the Cloquet police chief (then Steve Stracek) had a manila envelope hand-delivered to Pertler containing the investigative records relating to a February 2016 suspicious activity report and subsequent search warrant application by Beckman. The chief sent the final investigative report prepared by an outside law firm conducting the investigation to Pertler in early June 2016.

On June 28, 2016, Pertler acknowledged receipt of the report, and the fact that failure to comply intentionally or unintentionally to the requirements of Brady v. Maryland could lead to dismissal of a criminal case. The petition quotes Pertler's response, in which he noted that "once one defense attorney was privy to the knowledge that all of them would know shortly thereafter." Pertler also allegedly suggested in the response that he would try to resolve all pending cases with a plea agreement, but if matters were set for trial, that is "where the potential problems would most likely arise."

In the same June 2016 letter, Pertler stated he must consider the ethical obligations and duties and did not want "to be accused of practicing law in a manner that could be perceived as trying to run something through the system knowing there is potentially exculpatory information to the defendant that is constitutionally required of me to be disclosed."

Almost nine months later, on March 2, 2017, the Cloquet police chief advised Pertler that the allegations of misconduct had been sustained, and wrote that he was providing the information to Pertler "to consider related to Brady and Giglio requirements," referring to two different Supreme Court cases requiring disclosure.

Once the discipline was implemented, the petition states, disclosure by the county attorney's office was mandated in cases in which Beckman was a material witness.

According to the petition, Pertler did not advise assistant Carlton County attorneys responsible for prosecuting criminal matters of the correspondence from the Cloquet police chief or Beckman's resulting discipline.

Additionally, the county attorney's office did not have a Brady policy and Pertler did not arrange for Brady training for his staff.

Pertler did ask assistant county attorney Jeffrey Boucher to draft a Brady policy, which Boucher presented to Pertler on April 21, 2017. Pertler did not inform Boucher of the misconduct findings, nor did he implement the policy or provide direction on implementing the draft policy.

According to the petition, Beckman's misconduct came to light for other attorneys in the office in May 2018, when assistant county attorney Michael Boese received a defense request for Brady information related to Beckman in connection with a felony drug case he was prosecuting. Boese told Pertler, who did not tell him of the data he had received. When Boese asked the city of Cloquet for the information, he learned that Beckman's misconduct findings had already been shared with Pertler. Boese shared that knowledge with other assistant county attorneys in the office.

In August 2018, the county attorney's office dismissed a total of 19 cases that had been charged before the attorneys knew of Beckman's misconduct issues.

According to the petition, Pertler did not seek Brady information from law enforcement agencies until Oct. 4, 2018 and still had not implemented a Brady policy for his office when he was defeated in the November 2018 election.

After losing the election, Pertler removed his personal items, stopped coming into the office, and designated Boucher acting Carlton County attorney in his absence, as his term extended until Jan. 6, 2019.

On Dec. 3, 2018, Boucher implemented a Brady disclosure policy. A week later, he advised Cloquet city administrator Aaron Reeves of the cases that had been dismissed based on Beckman's misconduct, adding that Beckman was the subject of "multiple substantiated findings of misconduct relating to dishonesty" which should be disclosed in every case involving the police officer.

After Ketola took office in January 2019, she directed a review of all cases involving Beckman. As a result, all 19 previously dismissed cases were not recharged, and eight more cases that had resulted in conviction were retroactively dismissed, including one that resulted in the release of a state prisoner.

Humiston said there is no "typical" disciplinary action for petitions against attorneys like the one she filed July 6.

She explained once her office filed the petition for disciplinary action, Pertler has roughly 20 days to respond. Both filings are a matter of public record.

After both sides complete their filings, she continued, the Minnesota Supreme Court will assign a "referee" from a panel of senior judges - often retired and including one former Supreme Court judge - with experience in disciplinary matters. The referee usually has between 120-150 days to hold an evidentiary hearing and come up with findings of facts, conclusions of law and a recommendation on discipline for the court. The two sides can agree to a particular dispensation of discipline at any time during the process "or argue all the way to the Supreme Court," but the Supreme Court always reserves the right to determine what discipline to impose, ranging "from nothing to disbarment," Humiston said.

"It depends on the facts of the case and prior precedent," she said, adding that the Supreme Court reviews every determination.

Humiston said she could not comment on the substance of the case itself because it is pending, but she expects the first phase of the case to take place over next six months.

Case files also show that Pertler chose not to have the charges of unprofessional conduct heard by a Lawyers Professional Responsibility Board Panel prior to the filing of the petition for disciplinary action with the Minnesota Supreme Court. He also indicated he will represent himself.

What was the officer discipline that lies at the center of the complaint against former Carlton County attorney Thom Pertler?

In 2016, Cloquet police officer Scott Beckman was investigated and found to have applied for a search warrant, under oath, that contained information he had previously discovered to be untrue. Additionally, he had also responded to a call in which he failed to “ascertain the facts, accurately document, or record the information provided by the reporting party/witness” in his police report.

As reported in this newspaper Dec. 21, 2018, Beckman reached an agreement with the city to leave his job in December 2018 although he was paid through September 2019 and was technically “on leave” until that time.

His supervisors had tried to end his employment with the city 16 months earlier. In August 2016, both the former police chief Steve Stracek and former city administrator Brian Fritsinger recommended to the Cloquet City Council that Beckman’s employment be terminated after the investigation showed the allegations against him were true.

According to the minutes of the August 2016 meeting, after a closed meeting regarding the investigation into Beckman, mayor Dave Hallback motioned to not dismiss Beckman. The vote on the mayor’s motion tied 3-3, with Hallback and council members Steve Langley and Jeff Rock voting to not fire Beckman, while council members Dave Bjerkness, Kerry Kolodge and Lara Wilkinson voted against the mayor’s motion.

Because it was a tie vote — councilor Roger Maki was out of town — Beckman was not fired and the matter went back to the police chief for discipline. In the end, Beckman was given 11 days suspension without pay.