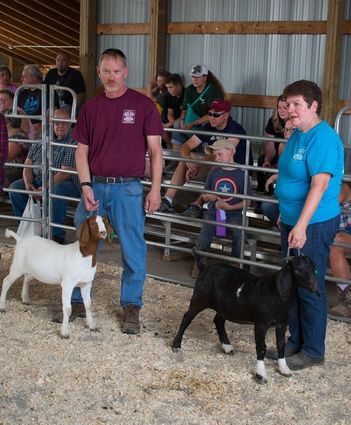 Peter and Carol Jelinek bought an old farm near Barnum in 2001 and have been raising goats and sheep ever since.

The Jelinek family of Barnum has been named Carlton County's 2020 "Farm Family of the Year" by the University of Minnesota.

Carol and Peter Jelinek purchased an old dairy farm near Barnum in 2001. They brought their five horses and one goat and made a home there. Eventually, the Jelineks added a couple of lambs for their boys to raise as part of their 4-H involvement. Those lambs quickly led to a flock of about 35 ewes. Later, Carol and Peter purchased two nubian goat kids from a cousin in New York and started a goat herd that later became a Boer goat herd of 35 to 40 meat goats.