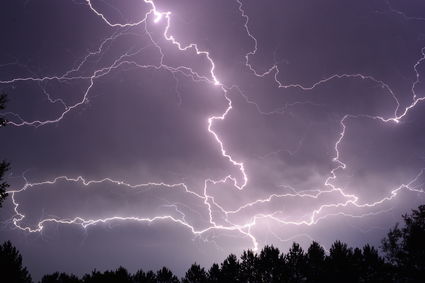 Photographer Dan Saletel captured this photo of the July 15 storm, which dropped 3 inches of rain on Wrenshall, while sitting inside his garage. Saletel said he took the photo with a 30-second exposure at f18, ISO 400. "I was really excited when I saw how it turned out," he said. Despite causing some damage with hail, lightning and high winds, last week's storm and significant rainfall - 1 to 3 inches in the region - was a relief for most residents as the southern half of the county had been in a moderate drought and the northern half in a severe drought, according to the U.S. drought monitor map.