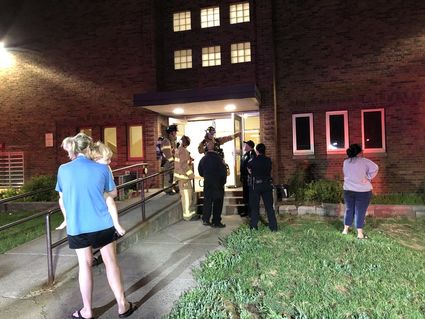 Residents of the Carlton Lofts in Cloquet were kept out of their apartments as a precaution Sunday night and early Monday morning after a small fire in an apartment tripped an alarm and brought firefighters to the former school building. There was severe damage inside the apartment but the rest of the building was deemed OK.

Residents of the Carlton Lofts apartments in Cloquet were forced to exit the building Sunday night when a fire alarm went off just before midnight. Fortunately, it was not a big fire and the alarms worked as they should. Unfortunately, it left a lot of folks standing around in their pajamas for at least a couple of hours outside the former middle school building.

Firefighter Jason Maki said residents were already outside when first responders arrived. While the call was initially for an alarm, firefighters found light smoke in a hallway when they arrived, so the call was upgraded and ultima...