By Mike Creger and Shannon Genereau 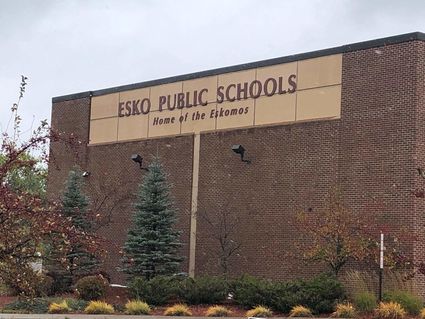 The nickname and igloo logo for Esko dominates the landscape at the school, etched in floors and edifices, on uniforms and on the turf football field.

A petition duel continued this week on the website Change.org considering the use of the nickname "Eskomos" for the Esko school district. Both begun by students at Esko High School, one petition says a name change should be considered while the other says to leave the name alone.

It joins a chorus of debate in a time of great social upheaval and awareness. This month, the Canadian Football League team in Edmonton announced it would stop using its Eskimos nickname. Earlier this year, the company that makes Eskimo Pies said it would drop the name after using it for a century.

The appropriation of cultural names for sports team nicknames has come under closer scrutiny since the killing of George Floyd in police custody in Minneapolis in May. It sparked a wave of protest over police killings of Black men and women and morphed to a more general call for racial justice in all facets of life.

Following the news out of Edmonton, a group out of Alaska called out four schools in the United States that use "Eskimo," or a version of the name, for a nickname, including Esko. While the school has used depictions of Inuit people in the past, it has used only an igloo for several years. Some districts still use caricatures of native people. Escanaba, like Esko, seems to have muted the imagery around its nickname, which employs the shortened version of the city name in calling its teams the Eskymos.

"Though for many Inupiat/Yupiit/Sugpiat/Inuit in Alaska the use of Eskimo is a personal preference, it's unacceptable that Lower 48 sports teams to be using the term without consultation or collaboration from Inuit and Yupik communities," wrote the group Alaska Native Languages, which is an educational resource for learning, teaching and promoting Alaska Native languages and history.

Karin Anderson posted her Esko petition on July 12, before the decision in Edmonton to change the name there. Even a "watered-down version of Eskimo is still offensive," she wrote. "Using indigeneous people as a mascot is dehumanizing and racist."

More than 2,000 people signed the petition as of the middle of this week. The opposing petition lagged behind with about 1,000 fewer signatures.

Esko student Alex Bourgeault posted that petition, asking that the name be left alone. He said the issue "really ain't that deep." He said the Finnish tradition behind the name should stand.

Both students expressed their views to the Esko school board through letters that were read at the regular board meeting Monday. There were also two alumni who joined the virtual meeting to express their support for a name change.

Superintendent Aaron Fischer has said there is no official action pending from administration or the board concerning the nickname.

"I am not aware of any official discussion related to changing the nickname," Fischer told the Pine Knot News. He came to Esko in 2006. "I don't know if this was considered before I moved to Esko."

Esko graduate Moira Villiard commented online that the issue has indeed come up. "As an Esko graduate and one of the few Indigenous students in the school at the time, I support changing the name. The conversation has been happening for years and no change has been made, despite the work of faculty and students alike to make a shift."

Fischer seemed to leave it up to students on how things might proceed. "Over the years, the Esko community has demonstrated that they will support their students and school through any situation," he said.

He thanked the students who have formally come forward to the administration and school board, whether in support of a change or not. On Monday, he felt it necessary to remind the public that the petitions are coming from Esko students.

"Esko" was used in the school name after a post office was established under the name in 1935 in what had until then been informally Esko's Corner, derived from the Esko family store.

Teams before then had played with the Lincoln moniker, from the name of the high school, or Thomson, after the township the school district covered, at one point known as the Tommies.

In the Esko Historical Society's definitive book on Esko area history, "Esko's Corner," it is noted that the term Esko-Mo came from legendary coach and later athletic director Les Knuti with the dash later removed. Around the same time, Otto Juntunen sold eggs in the area known as Eskomo Brand Eggs.

While the Esko-tinged name obviously riffs off the term Eskimo, it may have also been a reach back to the days when the professional football team nearby was known as the Duluth Eskimos, from 1923 to 1927. It was a franchise that would later evolve into the Washington Redskins, which in recent weeks announced that it would be shedding its nickname.

A Facebook feed that at times disparaged Anderson's efforts spurred her mother to begin interacting with commentators. Kristin Anderson pleaded for people to respect her daughter's right to bring up the nickname issue. One commentator obliged, saying he disagreed with Karin's petition but could understand her stance.

"I can't tell you how much I appreciate this comment," Kristin Anderson wrote. "Even when we disagree, if we approach things with an open mind we can all learn from each other and find some common ground, and encourage future leaders to stand up for what they believe in." 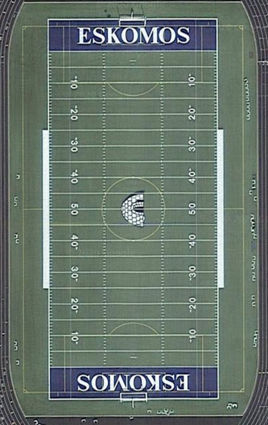 On Monday, Esko alum Mike Jokela told the school board that despite likely having no ill intentions to slight native peoples with the name back in the 1940s, "the ties are there" when it comes to using tropes of native imagery. He said that despite his strong ties to Esko and the traditions around the name, it should change. "I think it's time."