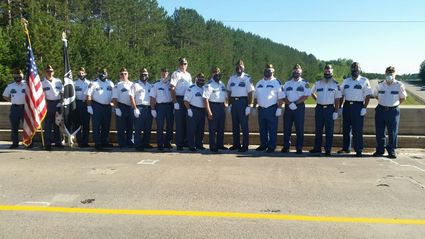 Members of the Cloquet Combined Honor Guard stood on an overpass over Interstate 35 in Cloquet Friday, July 24 as the body of a Korean War veteran from Superior was being brought home after his remains were identified.

After 70 years, Francis Rochon was laid to rest at Summit Cemetery in Foxboro.

Wisconsin governor Tony Evers announced Friday that U.S. and state flags would be flown at half-staff on Saturday. According to the governor's office, Army Cpl. Francis J. Rochon of Superior was buried with full military honors on Saturday after the U.S. Department of Defense positively identified...