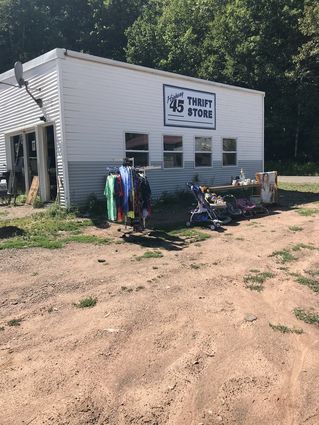 A new store is doing its best to fill the gap left by the departure of the popular Goodwill and Salvation Army thrift stores in Cloquet. The Highway 45 Thrift Store opened in June.

The for-profit store, owned by Gregg Wait and Jill Rousseau, has been in the works for a while. "We've been trying to open for two years," Rousseau said.

Wait and Rousseau had been known for running auctions that past decade.

"We have a place on Carlton Avenue and that's originally where [Jill] wanted to start the store," Wait said. After the building on Highway 45 became available, it proved itself to be what th...