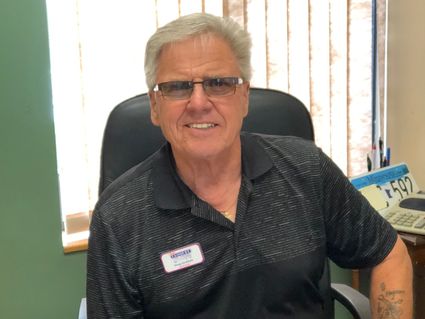 Doug Soukkala, and Paul Carpenter are part of the Cloquet Ford Chrysler Center team that has seen some changes recently.

Changes at the Cloquet Ford Chrysler Center have been noticeable the past few months since it has been under new management.

Owners Al and Renee Birman have stepped back to a more silent role and the previously silent partner, Mike Larson, has taken on a more active role.

"We are trying to get things to a more stable structure," Larson said. "There are changes in several processes that we are working through."

New staff members have been part of that effort.

"We are under new management," he said. "We have a new sales manager, a new acting general manager-consultant, a new service manager and a new finance director. A lot of them came from larger dealerships. They all came on board in the late spring, early summer."

Paul Carpenter, who had been in sales at the dealership in the past, has returned. It's his third stint at Cloquet Ford.

Carpenter is the floor sales manager. He brought three people with him when he returned.

"The two guys that I brought with me both had their record sales months last month," he said. "The other fellow is new to the industry."

It's not only the staff that is new, Carpenter said. "They are in the process of making the building more modern. We all have new computers and new telephones. It's focus, rebranding and reconnecting."

The dealership, deemed an essential business, did not shut down during the state stay-at-home order, which was good for its 39 employees.

Doug Soukkala is another long-time salesperson at the Cloquet dealership. He and Carpenter have customers who come back to them time and time again to purchase vehicles.

"If you want to make it in the car business, you have got to take care of your customers," Soukkala said. "You make your customers your best friends."

He's had 30 years of sales at the dealership. "I sold a car to a granddaughter of one of my customers," he said. "She said that I had also sold a car to her dad. I feel really good about that."

Carpenter has seen an uptick in sales. "People are ordering vehicles. That's very exciting. They get exactly what they want and don't have to pay for things that they don't need. The businesses in town are coming to us in droves, showing us that they are glad that we are here. It's been very nice." 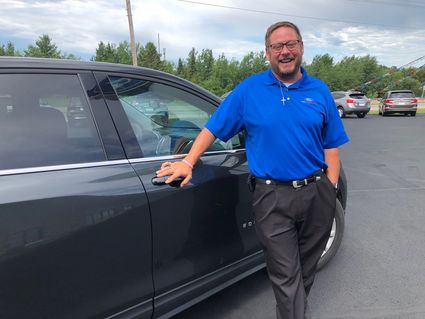 "We had a very successful month in June," Larson said. "Sales have increased 48 percent over June 2019."

Larson reported that it has been difficult to get cars. Nearly 50 are waiting in Cottage Grove for transportation to Cloquet. "We are selling them as fast as we get them," Soukkala said. "We need more cars."

Larson is grateful for the community support. "We are a small dealership and can't afford to lose customers," he said. "We want to cater to the community. We want to build our reputation. We want to earn your trust and earn your business and respect."

"All of our employees buy locally," Larson said. "We hope that the people in the area will do the same. You can stop in and still see the friendly faces that you know, along with some new ones."