State prison program to be axed 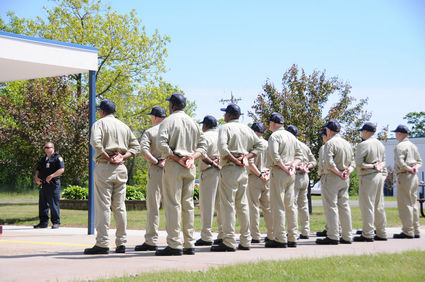 Prisoners stand at attenion as part of the Challenge Incarceration Program at Willow River in this photo provided by the Minnesota Department of Corrections.

The Minnesota Department of Corrections reports it will close its two smallest prisons - in Willow River and Togo - because of a budgetary crisis, the DOC announced Monday. The move comes after the legislature adjourned from the recent special session without action on the agency's supplemental budget request.

The Department of Corrections faces a budget shortfall of approximately $14 million in the fiscal year ending June 30, 2021. The combined annual budget for Togo and Willow River is approximately $11 million.

Corrections hasn't closed a facility since a juvenile detention center in Sau...