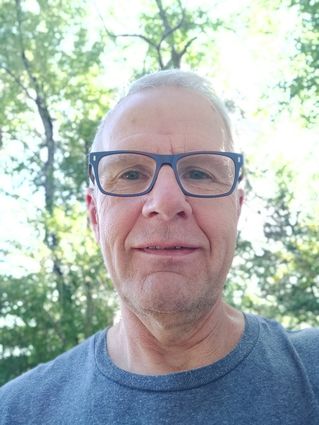 On Monday I was shocked to learn that the state Commissioner of Corrections, Paul Schnell, whose decisions I generally agree with, had decided to relocate the two Challenge Incarceration Programs for men to other metro area locations. Currently, one CIP is located in Togo (west of Cook) and the other is in our backyard, Willow River. These two facilities are expected to be shut down by the end of the year and will result in a loss of about 50 good-paying jobs in Carlton and Pine counties.

These correctional officers, nurses, teachers, and all the others have been working in a Covid-19 hotspot for the past four months at significant personal risk. Their reward: termination or possibly a transfer to another facility if they have enough seniority.

This situation was predicated by a Covid-19 relief bill in the Minnesota House and Senate. A special appropriation amendment was later added to each of these bills in the legislature's first special session (House File 128, Senate File 47). One of the provisions of the amendments would have added $17.3 million to the Department of Corrections to pay for its Covid-19-related expenses.

Had these amendments been approved by the legislature, the CIP sites could have remained open. Sadly, the amendments weren't. The votes were along party lines: Democrats voting in favor of the amendment and the Republicans against. Locally, Rep. Mike Sundin (Democrat) voted in favor. Pine County's Rep. Nathan Nelson (Republican) and Sen. Jason Rarick (Republican) voted against the amendments. (Ironically, Rarick is on the Jobs and Economic Growth committee.)

I contacted Rep. Sundin by phone midday on Monday and he was very upset by the proposed closing of the Willow River program even though it is a few miles outside of his district. I also called Sen. Rarick but did not reach him, so I left a message. He has not yet returned my call, but it's been only a day. Hopefully, he will get back to me soon. I also contacted Carlton County commissioner Gary Peterson about this situation, as many of the people who work at the Willow River site live in his district. He was very concerned and interested in helping in any way possible.

I understand that the state is in a financial mess. State revenues are down and expenses are up. Fortunately, the state had about a $1.5 billion surplus going into this crisis which softened the Covid blow from a death punch to a knockout punch.

My personal recommendation is to shut down the Togo program but to keep the Willow River site open. The Togo site has been hanging on by a thread for years. Because of its remote location, high per diems, and need for a multimillion-dollar septic system upgrade, it's finally time to pull the plug there. Send the CIP offenders from Togo to Willow River, and let Togo staff apply for jobs at the Willow River site. More offenders at one facility will reduce per diem costs. Let the dust settle, then re-evaluate the fiscal situation. If it turns out that closing the Willow River site is the only solution to the budget crisis (unlikely), it could still be closed later on for about the same cost as closing it eary.

Keep this crisis in mind when you vote on Aug. 11 and on Nov. 3! Maybe some change in leadership is needed. Sundin reminded me that we do not have to take this lying down. Now is not the time to be passive! Let's work together. Let's save local jobs; let's demand better from our elected representatives. It's not over yet. But we must act very quickly.

Writer Byron Kuster worked at the Willow River site for 20 years as a licensed teacher and retired from there in 2013. He lives in Moose Lake.