Midway through with Esko bridge 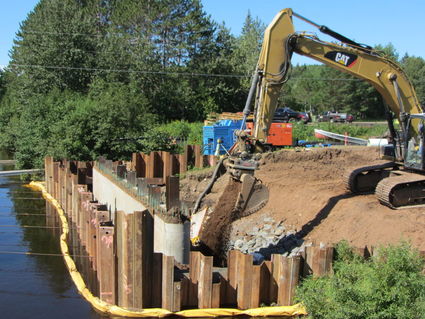 The bridge replacement project at the Midway River just north of Esko in Thomson Township on Carlton County Road 1 remains on schedule to be completed by early October, the county engineering division told the Pine Knot News. The project has had few delays since it began in late June, said assistant county engineer Rick Norrgard, who was at the site with an inspector Tuesday, the same day these pictures were taken. The project has cut off Esko schools from the Esko Sports Complex - save for a walking trail - where a new paved parking lot is awaiting fans for soccer games but not football, a...